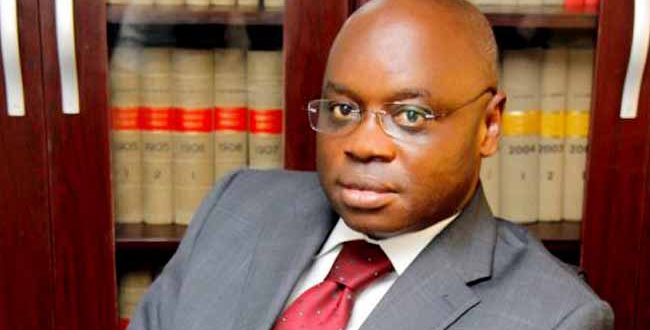 A Lagos High Court Sitting in the Ikeja area has convicted a Senior Advocate of Nigeria, Joseph Nwobike on charges of attempting to pervert the course of justice.

Raliat Adebiyi, a judge of the Lagos state high court in Ikeja, gave the order on Monday.

She convicted Nwobike on 12 counts bordering on perversion of justice.

The Economic and Financial Crimes Commission (EFCC) had charged the lawyer to court for allegedly bribing some judges and court officials.

One of the judges he allegedly bribed is Mohammed Yunusa. Ricky Tafa, also a SAN, was accused of bribing Yunusa.

Last year, Yunusa was dismissed for granting orders restraining the Economic and Financial Crimes Commission (EFCC), Independent Corrupt Practises and other related offences Commission (ICPC) and the police from arresting some personalities being tried for corruption, including Stella Oduah, a Peoples Democratic Party (PDP) from Anambra state.

Adebiyi said the EFCC had proven beyond reasonable doubts that Nwobike was in constant communication with court officials to influence the assignment of his cases to his preferred judges.

In her judgment, she found the behaviour of Nwobike of “unbecoming of a senior member of the bar”.

“Why does the defendant, a senior member of the bar with juniors and other lawyers have the need to personally liaise with court registrars? The court finds that the prosecution was able to prove beyond reasonable doubt that the defendant perverted the course of justice by sending text messages to court registrars.”

After the judgment was read, Olawale Akoni (SAN), Nwobike’s lawyer, asked the court to temper justice with mercy.

“The fact that the defendant is a first-time offender who has never had any brush with the law before until now,” he said.

“He is a senior member of the bar who has conducted himself appropriately, he has run a law firm which has quite a number of practitioners, he is a family man with aged parents and children.

“Your Lordship, we listened to your judgment carefully and ask that a non-custodial sentence be appropriate. He has a lot to offer and I pray that Your Lordship considers this in deciding the nature of punishment to give. I pray the court tempers justice with mercy and impose a very heavy slap on the wrist.”