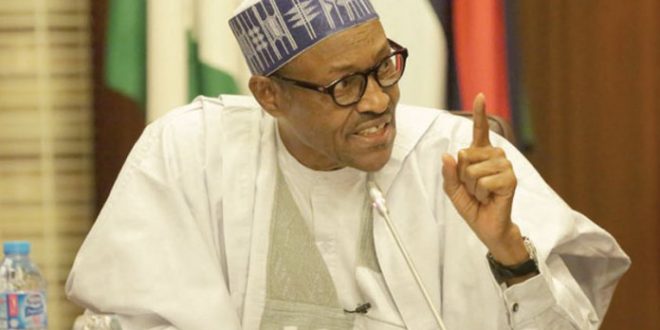 Buhari Dragged To Court Over Tenure of NDDC Board

April 18, 2018 Comments Off on Buhari Dragged To Court Over Tenure of NDDC Board 29 Views

The tenure of the current Board of the Niger Delta Development Commission (NDDC) led by Senator Victor Ndoma-Egba (Chairman) and Nsima Ekere (Managing Director/Chief Executive Officer) is now a subject of litigation at the Federal High Court, Abuja. Seven Nigerian citizens from four states of the Niger Delta have dragged the President of the Federal Republic of Nigeria, NDDC, and Minister of the Niger Delta Affairs to court, seeking a clear interpretation of the NDDC Act as it relates to tenure and rotation.

In their suit filed on December 15, 2017, via an Originating Summons, the plaintiffs posed the following questions among others for determination:

“Whether the Niger Delta Development Commission Act, 2000 is binding on all the defendants? Whether the Defendants can in line with the NDDC Act, 2000 appoint/reappoint the Managing Director (of the Commission) whose letter of appointment is only for a one year term which will terminate in December 2017 or elongate the tenure outside the provision of Section 3 of the NDDC Act, 2000.”

The Plaintiffs, Micah Akeems (Bayelsa); Ziprebo Emomotimi (Bayelsa); George Ufot Udoyara (Akwa Ibom); Elliot Tibakeni (Bayelsa); Unyeowaji Patterson Gabriel (Rivers); Patrick Stephen (Abia); and Alphonsus James (Bayelsa), specifically seek the following reliefs among others from the court: an order of court to halt any attempt to retain the Managing Director and other members of the Commission; an order of court compelling the President of the Federal Republic of Nigeria to appoint the Managing Director of the NDDC from Bayelsa State in accordance with Section 12 (1) of the NDDC Act, 2000, which supports the principle of rotation of key offices of the Commission. The plaintiffs say, “it will be a mockery of the NDDC Act, 2000 to disregard the said Act and not to follow the rotational principle as envisaged and contemplated in the intent and spirit of the said Act.”

In an affidavit in support of the Originating Summons, Micah Akeems, the First Applicant, stated that since the establishment of the NDDC, the appointment/reappointment of Managing Directors had been on the principle of rotation. He added that the tenure of the immediate outgoing or outgone Managing Director of the NDDC ended in December 2017 in accordance with his letter of appointment.

The case came up for hearing on Monday, April 16, before Justice Anwuli Chikere. The Minister of Niger Delta Affairs was represented in court. The President and NDDC were, however, not represented. The court adjourned the matter to May 21 following an observation that NDDC was not properly served. The Summons went to its Abuja office rather than the headquarters in Port Harcourt.

Already, there have been protests by individuals and groups, including prominent traditional rulers from the Niger Delta, calling on the President to adhere to the law and practice regarding the NDDC since its inception and reconstitute the board of the commission. There have also been bribery allegations, as some powerful persons around the President are being accused of trying to influence an extension of tenure for the NDDC leadership in return for financial compensations.

Share
Previous VIDEO: Nigerian Youths Don’t Want To Do Anything, Says Buhari
Next Matthysse Vows Fight ‘To Death’ Against Pacquiao