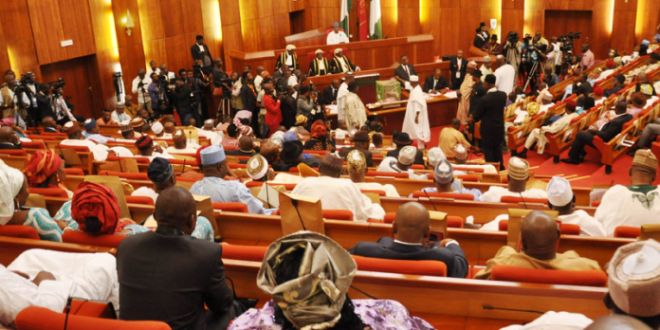 The Senate has summoned the Minister of Defence Mansur Dan Ali, Governor of the Central Bank of Nigeria, Godwin Emefiele and the Minister of Finance, Kemi Adeosun to appear before the Committee on Appropriation.

Adeosun and her colleagues were on Tuesday summoned before the Upper Chamber to explain why 462 million dollars was released for the purchase of helicopters by the Federal Government without its approval.

They are to appear to before the committee which has been given a one-week deadline to present their findings to the Senate.

The summon is coming after a lawmaker Senator Samuel Anyanwu, at plenary drew the attention of the Senate to the alleged expenditure of 462 million dollars by the Federal Government for the purchase of helicopters.