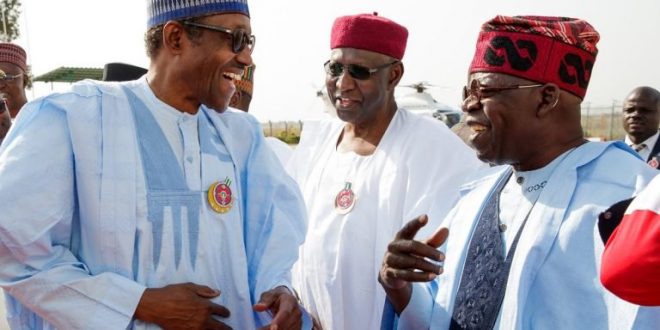 March 19, 2018 Comments Off on Some People Dont Want Buhari To Run Because They Are Afraid- Femi Adesina 18 Views

Femi Adesina, spokesman of President Muhammadu Buhari, says his principal is yet to declare his intention for the 2019 election because he wants to prevent opponents from sabotaging the country.

In an interview with reporters during the weekend, Adesina said it will be a problem if Buhari “speaks too early”.

He said the president would keep his intentions to his “chest” until the “time they can do less damage”.

Adesina claimed that many of those who asked Buhari not to run are doing so because they do not have the “foggiest chance in hell to beat him”.

“You know the peculiarity of Nigeria particularly now. If the president speaks too early, it’s a problem. There is a lot of sabotage in the country,” Adesina said.

“You have also heard so many have said ‘don’t run.’ Because they know that if the president runs, other people should just run away because they don’t have the foggiest chance in hell to beat him.

“So, they want to discourage him from running. Now, if he tells you ‘I’m going to run,’ and elections are still one year away, it gives them one year to sabotage the entire country from all fronts – politically, socially, economically – they would throw everything at him just to dissuade him from running.

“So, when you know that, why then do you speak early? I think it makes a lot of sense for you then to keep things close to your chest till it is time for you to then say, ‘ok, I’m running’ by which time they can do less damage.”

Though Buhari has not officially indicated his interest to seek a second term in office, his body language suggests so.

In November 2017, during his visit to Abidjan, capital of Cote d’Ivod’Ivoire, for the 5th European Union-African Union (EU-AU) summit, Buhari gave a hint, when he told the Nigerian community that he came to their meeting with their governors as “it may earn another vote for me in the future”.

When he visited Benue last week, he told stakeholders that he might return to the state for campaign.