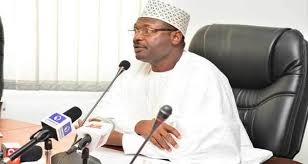 The Independent National Electoral Commission fixed and announced dates for general elections in the country for the next 36 years.

INEC Chairman, Professor Mahmood Yakubu, announced the decision at a meeting with leaders of political parties in the nation’s capital, Abuja on Wednesday.

He explained that by having fixed dates for elections would enable Nigeria to adopt global best practices in growing its democracy.

The INEC Chairman urged political parties to support the commission as it carries out its mandate. He also appealed to the parties to uphold all laws and guidelines in carrying out their activities, especially party congresses and primaries, to ensure a better electoral process.