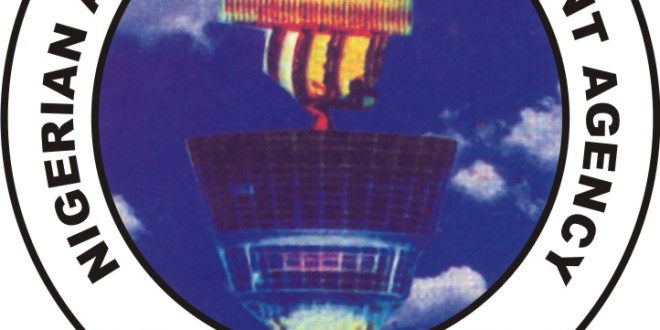 The Nigerian Airspace Management Agency (NAMA) has concluded arrangements for the deployment of four stand-alone JOTRON high-powered, Very High Frequency (VHF) long range communication radios, each to be installed in Lagos West and Lagos East as well as Kano West and Kano East Area Control Centres (ACCs).
This is in line with its commitment towards improving quality of air traffic services in the country.
In furtherance to the development, the agency has conducted a successful inspection and Factory Acceptance Test (FAT) of the equipment in Norway.

The exercise included physical inspection of the facilities and their technical specifications vis a vis the scope given by the agency.
Also inspected was the sensitivity, selectivity, signal to noise ratio, power output, as well as range covered by the radios.
Commenting on the Factory Acceptance Test, Managing Director of NAMA, Capt. Fola Akinkuotu, who led the team to Norway, expressed optimism that the new solution would not only offer options to controllers at any given point in time to discharge their duties efficiently and without hindrance, but also reduce delays and controller workload.
“When fully deployed, this new backup communication solution designed by NAMA is aimed at addressing Remote Control Air to Ground (RCAG) communication challenges in the upper airspace (ACC). The four stand-alone radios by their design are totally independent and will not interface with any existing communication architecture already in use. With a range of over 260 nautical miles each, the radios would have sufficient overlapping of propagated signals to eliminate blind spots,” Akinkuotu said.

The NAMA boss also said the beauty of this new backup technology is that it can be used in case of satellite failure, maintenance of satellite or degradation of satellite integrity.
The agency has also embarked on the routine calibration of navigational aids at airports and en-route stations across Nigeria.
This is coming on the heels of NAMA’s bid to further ensure accuracy and reliability of its facilities across the country.
The flight calibration, which is being handled by Omni-Blue Aviation Ltd along with their technical partners, Fight Calibration Services Ltd (FCSL) of United Kingdom in collaboration with NAMA engineers, will involve the calibration of the agency’s Instrument Landing Systems (ILS), Very High Omni-Directional Radio Range (VOR), Distance Measuring Equipment (DME), Path Approach Precision Indicators (PAPI) and Communication Radio Coverage across the nation.

The exercise will also involve the flight commissioning of a newly installed Instrument Landing System and Distance Measuring Equipment.

Speaking on the development, Mr. Nick Whitehouse, Chief Flight Inspector of FCSL, said the International Civil Aviation Organization (ICAO) has requirements for landing systems and that the signaling space must be suitable for the aircraft to lock on, adding that their mission was to measure these navigational aids through specific flight profiles to ensure the accuracy and precision of signals to airspace users.
The calibration team which began work in Owerri has so far covered Enugu, Calabar, Ilorin as well as Lagos, and is expected to proceed to other parts of Nigeria in the coming days.