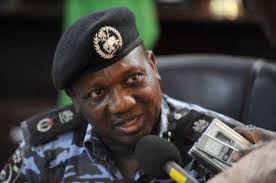 The House of Representatives has asked President Muhammadu Buhari, to sack and replace the Inspector General of Police (Ibrahim Idris).

The lawmakers are asking President Buhari to replace the IGP with a more professional officer.

They made the call during plenary on Wednesday, accusing the IGP of failing in his duty.

The lawmakers had earlier considered a motion demanding the immediate removal of the Police Public Relations Officer, (PPRO), Jimoh Moshood, for making derogatory remarks against the Governor of Benue State, Samuel Ortom.

In the motion sponsored by Rep. Mark Gbillah which enjoyed the support of most lawmakers, the conduct of the police officer was roundly condemned.

The motion seeks to have the Inspector General of Police (IGP), Ibrahim Idris, to provide an unreserved apology to the Benue state governor and also relieve the PPRO of his position.

Earlier, the Benue state Caucus of the House had addressed a press conference demanding the resignation of the PPRO over professional misconduct and partisanship.

According to the lawmakers, the statements of the Police Officer while appearing on the Channels Television Programme, Sunrise Daily, where he demanded the resignation of the Benue state governor indicates the partisanship of the Nigerian police as an agency.