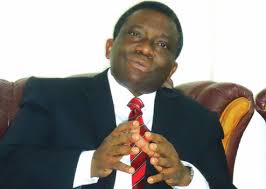 The Minister of Health, Prof. Isaac Adewole, has said the current outbreak of Lassa fever has affected 15 states with 105 laboratory-confirmed cases, three probable cases and 31 deaths.

The News Agency of Nigeria reported that Adewole said this at the emergency National Council of Health meeting in Abuja on Monday.

He said that already this year, Nigeria had recorded 77 cases of Lassa fever.

The minister said 10 healthcare workers were affected in four states; seven in Ebonyi State; with one health worker each from Nasarawa, Kogi and Benue states.

Adewole said of the 31 deaths from Lassa fever outbreak, four health workers died as a result of the disease; three deaths were recorded in Ebonyi and one in Kogi.

The minister said the meeting was, therefore, summoned to discuss the state of public health challenges in the country with a focus on some of the challenges that had bedevilled the nation in the past few weeks.

Adewole added that Lassa fever had been a recurrent outbreak in the country, stressing that Nigeria has battled with a series of outbreaks in the past few months.

According to the minister, Nigeria dealt with Ebola in 2014; the country reacted strongly and the response was acknowledged by the international community.

“The success against Ebola created a situation whereby every other public health challenge in Nigeria is to be seen to be a tea party. Therefore, assume that Lassa fever and other challenges would be likened to malaria, that they were not serious,’’ he said.

The minister said Nigeria had also dealt with the resurgence of polio, adding that the issuance of recertification would be tougher than it was before.

“The international community will not come to Nigeria’s rescue or certify the country polio-free until everyone is sure that Nigeria is polio-free, and that is another health challenge,’’ Adewole stated.

The minister said the country had dealt with persistent cases of measles across the country despite available vaccines, adding that the government had already commenced a nationwide campaign against measles.

He lamented that many states had yet to pay counterpart funds for the measles campaign.

Adewole said in 2017, Nigeria had to contend with the outbreak of cholera in Kwara, Lagos, Kano and Borno state, adding that the disease was preventable with the availability of water and good hygiene.

The minister said the first confirmed case of yellow fever happened in 2017, 17 years after the last case in the country.

He added, “We have also commenced a nationwide immunisation against yellow fever that will take about seven years to complete due to non-availability of vaccines and a large number of people to vaccinate.

“We have already taken delivery of 25 million doses of vaccines; with these, we should be able to go far but not far enough.

“We are already talking to stakeholders and international partners to shorten the campaign to five years,’’

Adewole said Nigeria had to deal with cases of monkeypox, stressing that it caused a lot of anxiety in the country, which led to the death of three people.

He added that the cases were prevalent in the South-South with Bayelsa, Rivers and Cross River states as the focal point of the disease.

The minister said the government was able to build diagnostic capacity to diagnose monkeypox in the country.

Besides, Adewole said Nigeria dealt with meningitis in 2017, adding that the problem of meningitis was poor notification and inability to make the diagnosis on time.

He said Lassa fever had been persistent in the country over the past 30 years.