The Presidency said on Friday that it was “grossly” disrespectful and unfair to refer to President Muhammadu Buhari as a murderer over the killings by suspected herdsmen in Benue and other parts of the country.

The Senior Special Assistant to the President on Media and Publicity, Garba Shehu, while briefing State House correspondents at the Presidential Villa, Abuja, said that people should learn to express their grievances and criticisms without resorting to name calling.

He said the President, in accordance with the constitution, had the primary responsibility of protecting lives and property and that he had been doing that.

He said, “Those beating the gongs of war and fanning the embers of discord must remember what prevailed in Rwanda before the genocide of the early 90s, during which hundreds of thousands of lives were lost as a result of consistent hate speech spewing from that country’s media.

“We must learn to express our grievances and criticisms without resorting to gutter language or to name calling, and the press has a responsibility to maintain that, even if it means calling their columnists to order.

“Calling him (Buhari) a murderer is not only grossly disrespectful but unfair, especially when the President has written a letter to the Senate detailing his efforts to quell the crisis in Benue State.

“The President had also dispatched the Minister of Interior and the Deputy Inspector General of Police in charge of operations for an on-the-spot assessment of the situation in the aftermath of the unfortunate incident, and receiving a direct briefing from the IG the following day.”

The presidential spokesperson also raised concerns over some media reports on the recent killings, describing them as unfortunate.

He cited a recent column published in a national newspaper (not The PUNCH) alleging that President Muhammadu Buhari was the first to endorse the Benue massacre on New Year Day.

Shehu said the same columnist described the Minister of Defence, Mansur Dan-Ali as “a dyed-in-the-wool Fulani irredentist who places trade over and above human life” and that the writer went further to invite Nigerians to arm themselves and fight one another.

Shehu also frowned at the headline of one of the said newspaper’s edition, titled ‘Expect More Blood in Benue…’

He said some media reports on the recent Benue killings displayed lack of respect for journalism ethics and press laws.

He appealed to members of the Fourth Estate of the Realm to show more decorum and professionalism in the reportage of security and humanitarian situation in the country.

No decision yet on compensation for victims of Benue killings —Presidency

The Presidency also said that no decision had been taken on possible compensation for families who lost their loved ones in the killings that took place in Benue State on January 1, 2018.

Shehu said this during an interview with our correspondent.

He said that it was premature to be talking about whether the Federal Government would pay compensation to the victims or not at a time when the authorities were still investigating the incident.

He said that the Vice President Yemi Osinbajo-led committee, set up by the National Economic Council, on the matter was still meeting.

The presidential spokesman explained that after the committee members had completed their assignment, they would report to President Muhammadu Buhari on their findings and solutions.

He said, “You know there is the Vice President Osinbajo committee that has nine governors as members and they are discussing modalities. Whatever their conclusions are, they will definitely get back to the President.

“It will, therefore, be premature at this time to talk about whether compensation will be paid or not.

“You have to be patient and wait for the committee members to finish their work.

Some persons suspected to be Fulani herdsmen had on January 1, 2018, attacked Guma and Logo local government areas of Benue State, killing 73 people and injuring many others.

Thousands of people were also said to have been displaced as a result of the attack.

During Thursday’s meeting, the Osinbajo-led committee set up a sub-committee that would interface with members of the Miyetti Allah Cattle Breeders Association of Nigeria and other groups with a view to ending the killings.

The sub-committee is headed by the Ebonyi State Governor, Dave Umahi.

Chairman of the Nigeria Governors Forum, Alhaji Abdulaziz Yari, made the disclosure to State House correspondents at the end of the meeting.

Yari, who is the Governor of Zamfara State, said that the governors of Plateau and Adamawa states were members of the dialogue committee headed by Umahi.

He said that some technocrats would also be invited to join them in visiting states affected by the crisis.

Meanwhile, the Inspector General of Police, Ibrahim Idris, appeared before the Senate on Friday to explain the efforts by the Nigeria Police Force to address the killings by herdsmen in Benue State and other parts of the country.

The Senate had summoned the police boss over his alleged non-compliance with a resolution by the chamber asking him to, within 14 days, arrest and prosecute the herdsmen suspected to have killed over 70 persons in Benue in January.

While the ultimatum expired on Tuesday, the Senate on Wednesday resolved to summon Idris to appear before the Committees on Police Affairs; and Intelligence, while the joint committee was mandated to report back to the chamber on Tuesday.

The IG, who failed to appear before the panel on Thursday, met with the lawmakers behind closed doors in a meeting that lasted about two hours.

Journalists and policemen who accompanied Idris were sent out of the venue after the introductory session.

A source who was privy to the issues discussed at the meeting told our correspondent that the police boss alleged that the enactment and implementation of the law prohibiting open grazing by herders in Benue State worsened the crisis between farmers and herdsmen.

Idris was said to have told the lawmakers that the implementation of the law should be stopped pending the provision of ranches as an alternative, while the law could later be gradually implemented. He was quoted as also indicting a local militia group in a part of the state.

The source said, “The IG said the anti-open grazing law being enforced by Governor Samuel Ortom on Benue is the major cause of the problem. He called for a review of the law to make provision for ranches which will serve as an alternative to open grazing. He also called for more provision of funds and manpower for the police, more dialogue and engagements between stakeholders, disarmament of militia groups and re-establishment of grazing routes.”

According to the source, Idris told the panel that almost 150 suspects linked to the crisis had been arrested with over 120 of them already charged to court.

The source, however, could not provide details of the suspects and the court(s) in which they were being prosecuted.

Meanwhile, Senator Mao Ohuabunwa, representing Abia North, has expressed his disagreement with President Muhammadu Buhari on the points he raised in his letter to the Senate on the killings in Benue and other parts of the country.

Buhari had dismissed the position of the Senate that the Federal Government had failed to address the spate of killings by herdsmen in Benue.

In the letter, which the President of the Senate, Bukola Saraki, read to members at the plenary on Wednesday, Buhari narrated all the efforts so far made by him to end the killings.

But Ohuabunwa, who spoke to our correspondent on the telephone, said the killings had not stopped despite the efforts Buhari claimed to have made.

He said, “If you claim to have done so much, have the killings abated? With what he is saying, the killings are still going on. You also remember that the Senate gave the IG two weeks to fish out the culprits but up till now, he has not.

“The Senate had to ask a committee to invite the IG to come and tell us what happened. So, for me, I believe the government still has so much to do.”

The lawmaker recalled that Buhari also wrote to the Senate after the appointment of the Acting Chairman of the Economic and Financial Crimes Commission, Mr. Ibrahim Magu, was rejected by the chamber.

“The President himself wrote just like this, telling us that the issues had been sorted out and resolved in favour of Magu, only for the Department of State Services, (which earlier disqualified the nominee) to write another letter to say that those issues were still there. So, for us, these letters are just the usual letters.”

Meanwhile, the security summit being proposed by the Senate will hold next week.

Chairman of the Senate Committee on Media and Public Affairs, Senator Sabi-Abdullahi, made it known while briefing journalists in Abuja on Thursday.

He, however, said the specific date and venue would be made public later.

For the second time, the Senate had suspended the summit.

A statement on January 17 by the Leader and Chairman, Senate Ad Hoc Committee on the Review of the Security Infrastructure of Nigeria, Senator Ahmad Lawan, had said the participants expected at the event include senators, members of the House of Representatives, governors, heads of security agencies, traditional rulers, socio-cultural groups, and civil society organisations.

The Majority Leader and Chairman, Senate Ad Hoc Committee on the Review of the Security Infrastructure of Nigeria, Senator Ahmad Lawan, had on January 17 asked that the summit be postponed by two weeks as the time frame was too short for his committee to make preparations for the event.

Earlier on Tuesday, Lawan issued a statement to announce the date and venue of the summit.

The statement was, however, withdrawn after the day’s plenary. The withdrawal was blamed on the burial ceremony for the late former Vice President Alex Ekwueme.

According to the statement withdrawn, the event was to hold at the Presidential Villa on Thursday and Monday.

It was gathered that members of the Senate, at the closed-door session on Tuesday, however, protested against moving the summit to the Villa. Some of them were said to have argued that critical stakeholders would not be able to speak their minds under the close watch of the Presidency.

The lawmakers were said to have opted for the International Conference Centre in Abuja.

“The feeling is that the summit will be hijacked by the Executive and the Senate will not have full control over it to get the best out of the government officials, especially security chiefs,” the source said.

The aborted statement had said the summit was in collaboration with President Muhammadu Buhari and the Executive.

Share
Previous Obasanjo: Greeting Buhari Did Not Undermine Gravity of My Letter
Next How Munich Air Crash Left A Mark On Mourinho 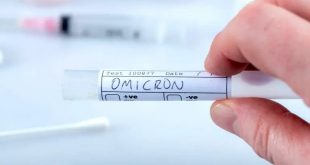