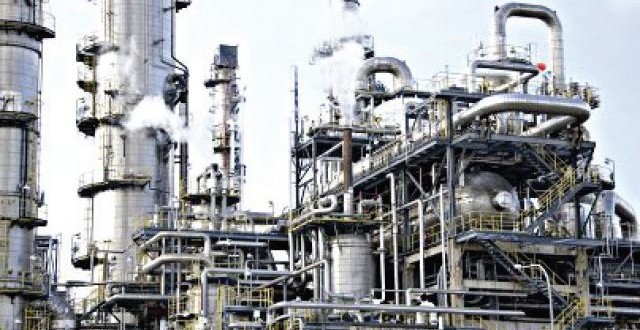 Kaduna refinery ‘shut down over unavailability of crude oil’

January 28, 2018 Comments Off on Kaduna refinery ‘shut down over unavailability of crude oil’ 58 Views

The Kaduna Refining and Petrochemical Company (KRPC) shut down operations on January 15 due to the non availability of crude oil.

Abdullahi Idris, executive director, services, of KRPC, disclosed this to NAN in Kaduna.

He said the refinery, whose fuel plant was commissioned in 1980, was functioning at 60 percent capacity “but shut down on January 15 due to unavailability of crude oil”.

Idris responded to an e-mail NAN sent to him to provide details of the company’s operations as part of a national survey on the state of the country’s refineries operated by the Nigerian National Petroleum Corporation (NNPC).

The EDS said the lubes plant was commissioned in 1983 and the petrochemical plant in 1988.

According to him, before it was shut down, the KRPC produced four million litres of petrol (PMS) per day.

The official said the plant had undergone a turn around maintenance (TAM) in 2013 and currently has a workforce of 1,004 staff.

According to the source, WRPC, one of the subsidiaries of the NNPC, produces at installed capacity of 125,000 Barrel Per Stream Day (BPSD).

“The WRPC was incorporated in 1988 following the merger of the Warri Refinery and Ekpan Petrochemical Plants which was producing a nameplate capacity of 100,000 BPSD,” the source was quoted as saying.

“Following the merger, WRPC is now designed to produce installed capacity of 125,000 BPSD,.”

The source, however, declined comment as to whether the company was currently refining or not.