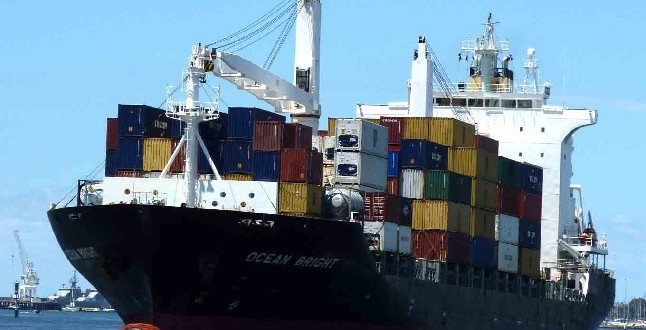 The Minister of Transportation, Rotimi Amaechi has disclosed that the Federal Government has approved an Integrated National Security Strategy (INSS) for the Nigerian maritime sector.

The strategy which will be implemented in collaboration with other countries in the Gulf of Guinea (GoG) is aimed to stem the tide of insecurity on the region’s territorial waterways.

Amaechi who made this known during a paper presentation titled; “Nigeria’s role in responding to the causes and consequences of maritime insecurity” at the Royal Institute of International Affairs, Chatham House, London stated further that the Nigerian Maritime Administration and Safety Agency (NIMASA) is already implementing a comprehensive maritime strategy in collaboration with other partners in order to enhance the fight against piracy attacks in the region.

Accordingly, he hinted the audience that “In pursuit of this objective, the President of the Federal Republic of Nigeria visited Malabo in Equatorial Guinea last year, where the two countries signed an agreement on the establishment of combined Maritime Policing and Security Patrol committee to enhance the security of the Gulf of Guinea and help curb maritime crimes like piracy, crude oil theft and smuggling”.

Speaking further, Amaechi noted that NIMASA has established a command and control centre for enhanced situation awareness, response capability, law enforcement and regional cooperation amongst others, all geared towards an enhanced water security and by extension, the entire nation.

The Minister also used the opportunity to assure the international community that the anti-piracy bill which is currently before the national assembly will hopefully be passed before the end of this legislative year.

On his part, the Director General of the Nigerian Maritime Administration and Safety Agency (NIMASA) Dr. Dakuku Peterside who delivered a paper at the event titled; “The problem of maritime insecurity in the Gulf of Guinea is real…”, noted that the Agency through collaboration with other relevant government bodies is leaving no stone unturned in ensuring zero tolerance to all forms of piracy and illegalities on the nation’s territorial waterways and the entire Gulf of Guinea.

The DG also noted that the Federal Government of Nigeria has adopted a multi-dimensional interventional approach to tackle the issues relating to piracy namely; legal/legislative approach; through the pushing of the enactment of the anti-piracy law, proper policy framework; through presidential intervention on maritime security to build regional coalition and corporation, regulatory and operational approach; through effective enforcement of port and flagged state control and a Memorandum of Understanding (MoU) with the Nigerian Navy and Air Force to increase response capacity amongst others.

Dr. Peterside who is the current Chairman of the Association of African Maritime Administrations (AAMA) also assured the international community that NIMASA will continue to collaborate with other relevant bodies both locally and internationally in order to realize its vision of a prosperous maritime sector in Nigeria and the West and Central Africa Sub-Region.

While calling for continuous collaboration amongst partners across continents, the NIMASA DG noted that improved profiling and information sharing on maritime criminality and illegality, enhanced maritime domain awareness and surface to air patrol capabilities, functional legal framework, integration of national inter-agency efforts, youth empowerment programmes amongst others are factors that can help bring solutions to the issues surrounding insecurity in the mmaritime industry.