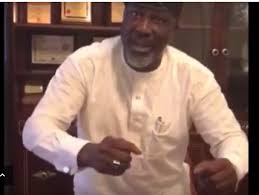 Dino Melaye: The Making Of a brand – Reuben Abati

It is a sign of the times, and a tragedy that the most popular Senator in the Nigerian National Assembly at this moment is not the person who has moved the most impactful motion, not a lawmaker who has proposed a thought-provoking bill, and certainly not any Senator who has given any impressive speech debating a matter of national importance. What we get, most of the time, in place of legislative responsibility, prudence, accountability and distinction is burlesque, farce, Japanese-styled Bungaku-Bunraku enactments, a dose of medieval commedia d’ell arte and an enormous supply of Yoruba Alarinjo with a bit of the Akata from Efik and Ibibioland. And the star in this comedy of errors that the Nigerian National Assembly has become is a gentleman called Dino Melaye. He is the perfect archetype of all that is wrong or right with the Nigerian legislature, a fine representation of contradictory binaries, and a lesson unto the rest of us.

I am not condemning Dino Melaye. I am in fact just about to say that we created a man like him, just as before him, we needed a Busari Adelakun, and a Lamidi Adedibu to show us the true character of Nigerian politics. And to those who think Dino Melaye is something of an aberration, I say to them that Dino Melaye is indeed a true picture of Nigerian politics. He is much smarter and far more politically savvy than those who condemn him. His Wikipedia profile announces that his ambition is to be Nigeria’s President someday, may be he won’t become President, but he may suddenly show up in the future as something close to that high office. He is far more Nigerian than those who criticize or condemn him. He knows the system. He plays the system. He has the capacity to beat the system. Most people who get to the top in Nigeria beat the system, and when they do so, they flaunt their smartness in the people’s face. The pundits write their articles but nothing changes, because a man like Dino Melaye can get a whole Vice Chancellor of a University created under the Act to do his bidding, and a National Assembly to queue up behind him.

I read one piece in which the writer was wondering how on earth we ended up with a Dino Melaye in the National Assembly: A man like that whose brand raises too many questions.  His school certificate result is not exactly impressive. His year of graduation from Ahmadu Bello University has been controversial, even with the sitting Vice Chancellor’s needless testimony. Nobody is sure whether a BA or a BSc is the appropriate description of a degree in Geography. Dino’s name is allegedly missing in the University’s Graduation Year Brochure, an omission that nobody has been able to explain. There is an NYSC group photograph but he is just about the only person not properly dressed. Former classmates have confirmed that he was actually a university student and that he graduated, and the Vice Chancellor says he got a Third Class. Third Class!

I have never seen any student so proud of a Third Class like Dino Melaye. To celebrate his Third Class he wore to the National Assembly, a Doctoral candidate’s gown, and thus insulted the entire academic establishment. I have a Ph.D gown and the full robes of the Nigerian Academy of Letters, but no form of temporary insanity will make me wear either of both robes to a wedding party. Dino Melaye is a Nigerian Senator; nobody should be surprised if one of these days he wears his distinguished borrowed robes to a funeral just to convince everyone that he has a university degree. No serious person advertises a Third Class degree, but Dino Melaye says on top of that, he has acquired six additional degrees, including certificates from Harvard and the London School of Economics! The lesson from this is that the certificates of everyone who aspires to lead Nigeria at any level must be carefully verified henceforth. Only God knows how many persons at the highest levels in Nigeria are parading certificates and qualifications that should form the subject of scrutiny. A nation that is led by the least educated and the most ignorant of its population is definitely in trouble.

In the United States, a man like Dino Melaye would probably never win an election. His former wife, Tokunbo accused him of battery and domestic violence and showed pictures to prove her point. Her short-lived successor made similar claims, spent six months and fled. There was another lady, one of those “man-eating” Nollywood girls who entertained us with her misery and the story of a child and DNA tests. If the wives and the baby mamas were wrong, Dino Melaye soon had a tiff with Senator Remi Tinubu and what he said about her menopausal status, we don’t have to repeat.  He even went to the front of Remi Tinubu’s house in Lagos to pose for a photograph, daring her husband to do his worst. Senator Tinubu’s husband, the Jagaban of Borgu, Asiwaju of Lagos, former Governor of Lagos and national leader of the APC knew better. The last time Dino Melaye got into a duel, he came out of it with torn clothes, which he proudly advertised.

Dino Melaye poses as an anti-corruption crusader. He rides some of the most exotic cars in Nigeria, all labeled Dino 1 to 5 or whatever. He is loud, flamboyant, and unconventional. He can talk, which means he is articulate, he is fearless, he is also fiercely and stubbornly loyal to the incumbent Senate President Bukola Saraki. He can sing. He can dance. He obviously has no respect for women because he is a macho-man, an alpha male. He can also fight, and he considers journalists the scum of the earth. That is why when Omoyele Sowore of Sahara Reporters digs into his past and qualifications, his immediate response is to say that he is being stalked and to go after the investigative journalist with everything that he can deploy. Melaye was elected as a Senator to make laws for good governance, but he has been busy acting like he is an awada kerikeri actor on loan to the National Assembly.

I am not condemning him. He won an election. In fact he has won many elections. The people who voted for him must see something in him. The man who represented Kogi West before him used to make useful contributions that made the headlines, he was respected for his informed interventions; there was never a time he wore torn clothes to the Red Chamber, but the people voted him out and elected Dino Melaye and since he started ruffling things up, nobody who voted for him has questioned him. You actually get the impression that Melaye is considered a hero in his Kogi West constituency. This should explain why he enjoys being the drama king of the National Assembly.

To politicians of his type, every kind of publicity is good publicity.  It is better to be heard and known, for whatever reason, than to be unknown and unsung.  In Melaye’s mind, he is obviously having fun. The kerfuffle over his academic qualification is probably as far as he is concerned, a joke, because afterall, he doesn’t need more than a secondary school certificate to be a member of the National Assembly. When we write about him, discuss his politics, interview him, project him in the media, we are actually promoting his politics and brand.

His kind of brand works in Nigeria. What was the value of Busari Adelakun’s politics or that of Lamidi Adedibu? But both men ended up being more prominent in their constituencies than other politicians of their time. Lamidi Adedibu, the exponent of Amala politics, was so powerful, when a certain Governor refused to pay him Godfather-rent, he got him removed from office and as they say, nothing happened. Adedibu derived his power from being close and loyal to a bigger man of power. He could sing too. And he could dance. And that is perhaps why Dino Melaye should be taken seriously when he breaks out into a song:

That song is now top of the charts in Nigeria today, with a remix and multiple parodies by other public figures. The only man who is probably yet to learn that song is Senator Ali Ndume, but it is a song that speaks to him directly and accounts for his six-month suspension from the Senate. It is also a song about power and dictatorship. There is nothing in it about values or fairness, or justice. It is a might-is-right composition, about the mighty punishing and oppressing the powerless. “A je kun iya” emphasizes the severity of punishment, “eni ti o to ni na” underscores the imbalance of weight, and the lack of equality in strength. It is a song of intimidation, threat and abuse, completely arrogant in tone and sense.

Dino Melaye knows how to taunt his critics. I visited his website: dinomelaye.com. There are nice photographs and links to other sites including his Facebook page, projecting him as a courageous and outspoken anti-corruption crusader and a political activist. We do not find any information about the bills and motions that he sponsored, or projects that he has embarked upon, or his relationship with his Kogi West Constituency. This may be an oversight on the part of those who manage the site for him, but their omission is perhaps in order, since Dino Melaye is better known for the drama that he creates.

His Wikipedia profile offers nothing more impressive other than the notably juicy details about his marital life, his threat to “beat and impregnate another man’s wife”, and his monumental contribution to legislative debate about how Nigerian men should stop “importing” wives from foreign countries. To this should be added his promotion of the “aje kun iya” folk song into a quasi-national anthem. Elsewhere, a lawmaker’s profile online would refer to his or her electoral history, committee assignments and ideological positions on key national issues. What constitutes a lawmaker’s brand is what he stands for and how well he has served the people.

Dino Melaye’s brand is peculiar: he can sing, dance, fight and speak out loud.  He is an artful master of form. But what exactly does he stand for? What is his position on national security, healthcare, federalism, social security or agriculture? I don’t know.  But I won’t condemn him, because he is a well-made product of Nigerian politics. It is after all, difficult to know what most contemporary Nigerian politicians stand for. He is in addition, probably much better than half of the National Assembly. He is more attentive at least than all those other Senators who don’t attend plenary, certainly better than those who have spent more time there dozing off, or the ones who have spent years in that Assembly and have never uttered a word, or sponsored a bill, support a motion or do anything of note. The pity is that many of such are now running up and down, seeking to become Governors in their states in 2019. So, why won’t Dino Melaye nurse the ambition of becoming President someday? A je kun iya ni o je… 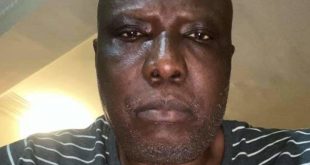