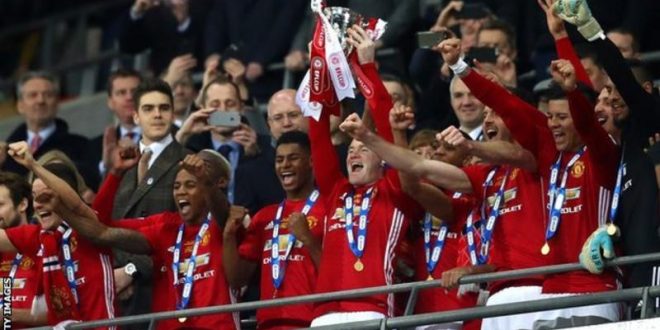 Southampton were the better side for most of this final but were left heartbroken by a controversial offside decision – and the inspiration provided by the 35-year-old Swede as he took his tally to 26 goals this season.

Southampton, as their performance merited, were on terms with two predatory strikes from Gabbiadini either side of half-time.

Oriel Romeu hit the woodwork before Ibrahimovic stole in on Ander Herrera’s cross three minutes from time to give United a victory that looked beyond them for long spells.