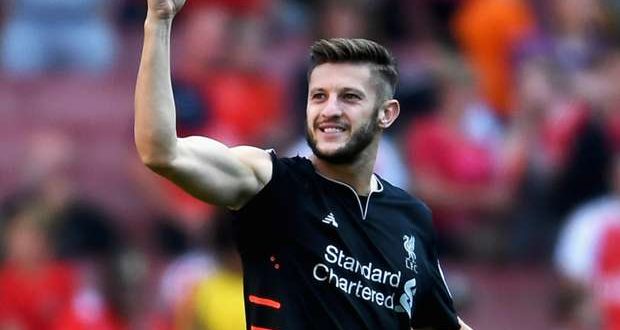 Adam Lallana has signed a new three-year deal at Liverpool, which includes the option of a further 12 months and will see him earn in the region of £110,000 a week.

The proposal deservedly places the 28-year-old among the club’s best-paid players, and reflects his importance to Jurgen Klopp’s long-term vision at Anfield.

The attacking midfielder has often been used as a reference point for his effort and leadership by the Reds boss.

Having made the switch from Southampton in the summer of 2014, Lallana has established himself as a crucial element to Liverpool both on and off the pitch.

The England international’s seven Premier League strikes coupled with the same number of assists has him just one behind Sadio Mane in goal involvement for the club this season.

Lallana, who has amassed 117 appearances for the Reds, is enthused by spending the rest of his prime years on Merseyside.

“I’m very proud and feel quite humbled by the show of faith from the club and the manager in particular,” he told Liverpool’s official website.

“Signing for a club like Liverpool is obviously a big thing – but to re-sign shows you’ve obviously contributed enough that the people who make the decisions want you to stay longer.