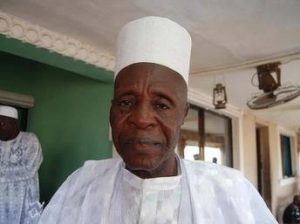 The remains of the polygamists with over 86 wives , who died on Saturday , Mohammed Bello Masaba was laid to rest on Sunday.

He was laid to rest at his residence in Effun Narkodi  quarters, Worro Bida after a burial prayer was conducted by Alhaji Mohammed Baba kutigi.

The burial was witnessed by the Shaba Nupe, Alhaji Abdulmalik Ndayako and the Kpotun Nupe Alhaji Manko Ilata as some the followers of the late self-styled super polygamist trooped to his residence to sympathise with the family.

The children of the deceased, Mahmud Bello Masaba, Safiya Bello Masaba and Aisha Bello Masaba stated that their father was a gentleman who taught them to have the fear of God despite the controversial view with which people saw him.

They stated that their father had always emphasized on unity among the family members despite the size hence he had taught them love, unity and peace.