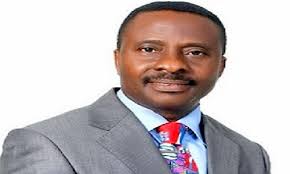 January 28, 2017 Comments Off on Your Silence on Attack On Christians Is No Longer Golden- CAN Tells Osinbajo 20 Views

The Christian Association of Nigeria(CAN) says the prolong silence of Vice President Yemi Osinbajo on the continuous persecution of its members , particularly pastors is “no longer golden”

While threatening to resist any attempt to turn Nigeria to a refuge camp for Christians, the body condemned the harassment of the fiery pastor and general Overseer of Omega Fire Ministries Worldwide, Apostle Johnson Suleiman by the Department of State Services in Ekiti State.

The organization in a statement issued on behalf of its president, Dr. Samson Olasupo Ayokunle, by his Special Assistant on Media and Communication , Adebayo Oladeji in Abuja called on Osinbo to intervene on the clampdown on the church in Nigeria.
“We call on Acting President Yemi Osinbajo to intervene in all the clampdown on the Church in Nigeria. After all, he is in office primarily to represent the interest of the Christians. His studied silence is no longer golden,” Samson Ayokunle, president of the association said in a statement.

“It is high time the overzealous security agencies knew that Nigeria remains a secular state and any attempt to turn the country into a refugee camp for Christians will not be acceptable and will be resisted with every lawful means.”
Quoting the constitution, Ayokunle said every Nigerian had the right to assemble freely and associate with other persons.

“The last time we checked sections 38-41 of the 1999 constitution (as amended) it states clearly that every Nigerian is entitled to freedom of thought, conscience and religion, including freedom to change his religion or belief, and freedom (either alone or in community with others, and in public or in private) to manifest and propagate his religion or belief in worship, teaching, practice and observance,” he said.

“The constitution states unambiguously that ‘Every person shall be entitled to freedom of expression, including freedom to hold opinions and to receive and impart ideas and information without interference.”
On the attempted arrest of Johnson Suleman, general overseer of Omega Fire Ministries Worldwide, CAN said the Department of State Services (DSS) should have extended an invitation to him, rather than using the “Gestapo approach”.

“Treating ministers of God and our members as common criminals is unacceptable to the Christian Association of Nigeria (CAN). Enough is enough! Despite all the promises made by Governor Nasir el-Rufai, none of those who were responsible for the killings of our members in the Southern Kaduna has been brought to book,” he said.

“Instead the Police have been releasing those who were arrested for the killing of our members in Kano and Kubwa (Abuja) while our leaders are being subjected to untold hardship for just no cause.”