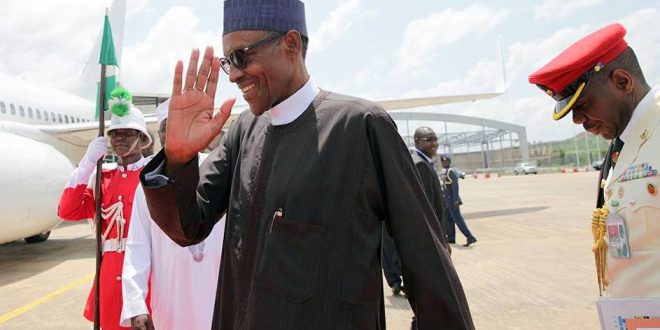 January 22, 2017 Comments Off on President Buhari Not Dead- Presidency 77 Views

Presidency on Saturday has dismissed the rumors on social media about the president’s health and possible death.

Mr. Adesina said: “Best wishes to all who wish PMB well.
“As for those who carry evil rumours, may they receive grace to repent.’’
Mr. Shehu also dismissed the rumour that President Buhari was dead as being speculated by mischief makers.
He also described as false and untrue the report that the president was flown to Germany.

Mr. Shehu said: “He is alive and well! President Buhari is not magical. He cannot be holidaying in the UK and be in Germany, dead or alive at the same time.

“He is unlike a past President who was at Ota, with Chief Obasanjo and attending the Trump inauguration in D.C, being in two places at the same time!’’

President Muhammadu Buhari left Abuja for the United Kingdom on Thursday for his annual vacation.
Mr. Adesina said on Thursday that “During the vacation, the President will also undergo routine medical check-ups.
“He is expected to resume work on Feb. 6, 2017.

He said that in line with Section 145 (1) of the 1999 Constitution (as amended), the President of the Senate, and Speaker, House of Representatives, had been duly communicated.

Share
Previous Massive Women Protest Against Trump In US Cities, Across the World
Next It Is Men’s Nature To Cheat But Not Every Man Who Cheats Is Bad – Iyabo Ojo