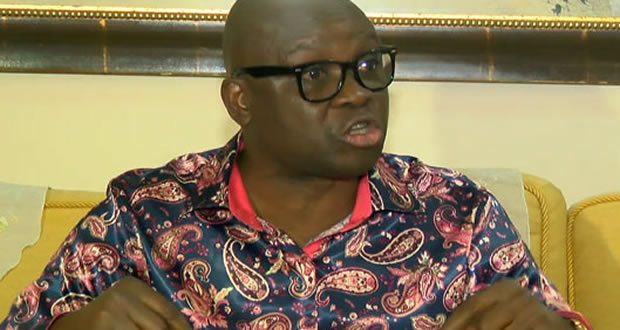 Kingship tussle has hit Awo Ekiti in Irepodun/Ifelodun Local Government, which forced the state governor, Ayo Fayose, to impose a dusk-to-dawn curfew on the community to douse the raging tension. The restriction, which affected human and vehicular movement, is to take effect from 6pm to 6am in the morning. The community had been embroiled in crisis in the last one year following the enthronement of Prince Azees Olaleye Aladejuyigbe as the new Alawo of Awo Ekiti, before it snowballed into anarchy on Saturday. Apparently to ward off any litigation that could stall his ascension onto the throne, Aladejuyigbe was immediately presented with the staff of office by Governor Fayose. However, the crisis assumed a religious dimension, with princes, who are Christians claiming that some external forces were allegedly planning to Islamize the throne. The monarch was said to have been barred from palace since enthronement and he was said to be sleeping in the mosque since the crisis escalated last weekend. Aladejuyigbe, according to sources was not the preferred candidate of the elites of the town and kingmakers but was said to have been enjoying government’s backing, the development had caused a cold war in the town. The Chief Judge of Ekiti State, Justice Ayodeji Daramola and the General Manager of a private radio station in Akure, Ondo State Capital, Martins Ayoola , hailed from the town . Meanwhile, Governor Fayose in a statement signed yesterday by his Special Assistant on Public Communications, Mr. Lere Olayinka , said the curfew is with immediate effect . Fayose also directed the Commissioner of Police, Mr. Wilson Inalegwu and other security chiefs to effect the restriction.s “We are calling on the people of the town to embrace peace and toe the line of civility in resolving their differences.We are also assuring our people that religious crisis we have no place in Ekiti. We are one regardless of our political affiliations and this our government will maintain”, the statement concluded. It was gathered that some political office holders in Fayose’s , mostly Muslims from the town were said to have worked closely with Muslim leaders in Ekiti to influence Aladejuyigbe’s appointment. The source said: “The man claimed to be a prince, but there was no record to show that he has contributed anything to the development of the palace and the town at large. The Aladejuyigbe’s sfamily has run several adverts to disown him that he was never a member of the royalty, so to us in Awo Ekiti, he was never a king. “Well, why we are not unaware of the fact that the new king was not born in this town, what of his father. There was no record to show that he has meaningful contributions in this town. “So, how can were ward his child under this circumstance when there were Omowas who have done creditably well in our town. We don’t want war or crisis, but the right thing must be done as well,” he said.