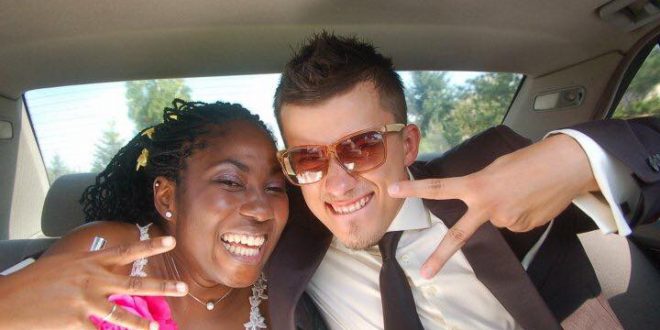 January 17, 2017 Comments Off on Family Decries Cremation of Daughter By Polish Husband 78 Views

The family of a Nigerian woman who died suddenly in Poland has decried the cremation of their daughter’s body by her polish husband without their permission and raised suspicion over her death.

In a press release, the family of Oluwashola Atunrayo Gaska (nee Adefolalu) condemned her Polish husband Jakub (Kuba) Gaska, for taking the decision even after their protest following the sudden death of their sister in circumstances the family deem as suspicious.

‘The news of the death of Oluwashola Atunrayo Gaska (nee Adefolalu) fondly known as ‘Sholly’ came as a rude shock to her family and friends back home in Nigeria,’ said the family representative, Barrister Bunmi Jasmine Omeke, a cousin of the deceased in a statement. ‘More devastating was the effect of the report of her cremation by her husband, just a few days after her death, to the eldest sister of the deceased, Mrs Bola ‘Salt Essien-Nelson.’

According to the statement, none of the family members (immediate or extended) was allowed to pay their last respects to ‘Sholly’, nor were they allowed to sight her body. ‘The only reason given by her husband was that he was fulfilling his wife’s ‘wishes’.

Her elder sister, Essien-Nelson, the statement further read, received a phone call about her sister’s death at about 11.00am on the 28th of December, 2016. According to the sister, this call came just days after a chatty and lively phone conversation with the deceased in faraway Poland (December 24th). During this call, there was no suggestion of any serious ailment, she said.

‘To date, the only proof of Sholly’s death is a scanned copy of the death certificate with the alleged cause of death being secondary anaemia and ‘tumour on the uterus’.

According to Mr. Jakub Gaska, his wife fell ill on Tuesday, 28th of December, 2016. He told her that he rushed the deceased to the hospital and had his sister look after her while he went back to work where he got the news of Sholly’s death early on Wednesday morning.

Mrs Essien-Nelson had commenced travel arrangements along with her husband to pay her last respects to her late sister when she was notified by Mr Jakub Gaska that the late Shola had requested that her body be cremated after her death and that Mrs Essien-Nelson should be the only one to see her body before cremation. Yet, he refused to wait for her to travel to Poland to do so.

The late woman’s family alleged that several calls were made to Mr. Gaska by the Adefolalu family and friends, Nigerians in Poland and even the Nigerian Embassy in Poland to no avail. His final words on the matter were that ‘the cremation will proceed as planned and there is nothing anyone can do about it’.

In spite of these several pleas, he went ahead to cremate his dead wife on January 2, 2017. Not only that, he held a burial service to bury the ashes on January 7, 2017 without officially informing any member of her Nigerian family.

The late Olushola’s family are suspicious of foul play in the death of their sister:

‘We understand Jakub has the final say over the funeral rites for late Sholly and as shocking as the cremation request was, we were willing to honour her ‘supposed’ wishes. What we could not understand was why her husband has deprived our family of the opportunity of paying our last respects to our daughter, sister, niece, cousin and aunt. We want to know why Jakub was in such a hurry to cremate our sister. We want to know how he came about Sholly’s death wish since he was not with her at the time of passing. We want to know if death certificate is enough evidence of the cause of Sholly’s death. Where is the autopsy report? We want to know exactly what caused Sholly’s death’, said the statement.

Shola, aged 36-year old went to Poland to study Architecture in 2000, later met her Polish husband there and they were married in 2010.

The family is calling on the Polish authorities as well as the Nigerian Embassy in Poland, the Federal Government and relevant agencies to investigate the sudden and suspicious death of their relative and circumstances surrounding the handling of her body. 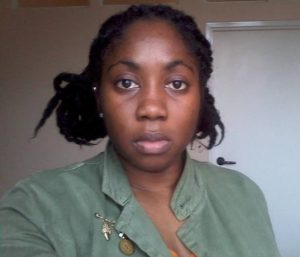