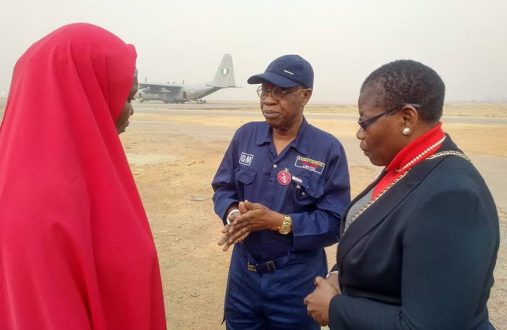 The Bring Back Our Girls has opted to join the Federal Government delegation on a guided tour of the North East. The tour will according to government officials see the team joining an Airforce search sorties over the Sambisa Forest. This was after the group reviewed the conditions it set after the government extended an invitation for it to witness at the military’s ongoing search for the girls. The BBOG delegation included the convener of the group, Oby Ezekwesili; co-Convener Aisha Yesufu, the spokesman for the Chibok community, Manasseh Allen, Ibrahim Usman.