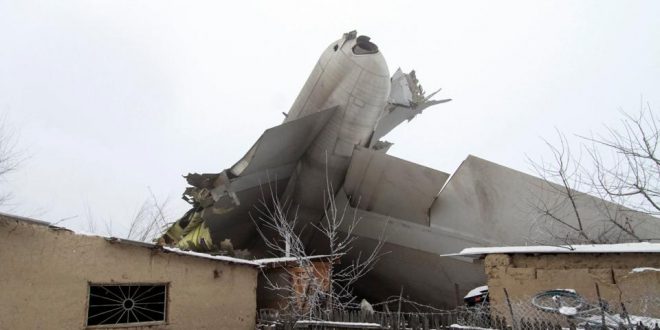 January 16, 2017 Comments Off on 37 Killed As Turkish Cargo Plane Crashes In Kyrgyzstan 44 Views

At least 37 people have been killed after a cargo plane belonging to Turkish MyCargo Airlines crashed into a residential neighborhood near Kyrgyzstan’s capital of Bishkek, according to the emergency ministry.

The plane was supposed to make a stopover at Manas, 25km north of capital Bishkek, on its way from Hong Kong to Istanbul on Monday.

According to Flightradar24 the plane belonged to ACT MyCargo Airlines, a Turkish cargo airline based in Istanbul.

Local media reported that the plane was operated by Turkish Airlines under flight number TK6491.