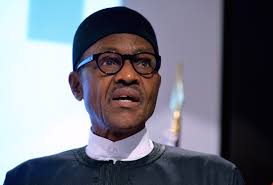 President Muhammadu Buhari will lead a delegation of ‎the Economic Community of West African States (ECOWAS)‎ to The Gambia on Wednesday.

On December 19, Buhari led some continental leaders to Gambia to persuade President Yahaya Jammeh to step down.

Although he received the leaders, Jammeh refused to give them his commitment on handing over to Adama Barrow‎, winner of the election.‎‎

Two weeks after the meeting, Jammeh accused the regional body of declaring war on his country, and he vowed to resist any form of intimidation.

The Nigerian leader hosted ECOWAS leaders to a meeting in Abuja on Monday.

Those in attendance were presidents Ellen Johnson Sirleaf (Liberia), Macky Sall (Senegal) and John Mahama, who until two days ago was the number one citizen in Ghana.

Briefing reporters on the outcome of the meeting, Geoffrey Onyeama, minister of foreign affairs, said after deliberating on the current state of affairs in The Gambia, they agreed to respect constitution of the country.

“They agreed on the determination to resolve The Gambian political crisis in a manner that every step of the way conforms with the constitution of The Gambia and respect the will of the people,” he said.

“They expressed particular concern at the deteriorating situation that has been reported in respect of security in The Gambia in particular, the closure of some of the radio stations and media and house, arrest that have been taking place and also the refugee situation that is being created with the mass exodus of a large number of people to the interior and to neighbouring countries.

“In view of this, the meeting agreed that a certain number of presidents will visit in two days time, President Jammeh in The Gambia and that again will comprise the mediator President Buhari together with the President of Liberia and hopefully, the President of Sierra-Leon and the co-mediator the former President of Ghana (John Mahamma) as well as the president of the ECOWAS commission, the Special Representatives of United Nations and also a Representative of the African Union. So, this meeting will take place in two days time on Wednesday to discuss with President Jammeh the need the imperative the constitution.”

Share
Previous Naira Slightly Appreciates Against The Dollar After Two Weeks Down In A Row
Next Jonathan, Diezani ‘Bribed’ With $466m in Malabu Oil Deal