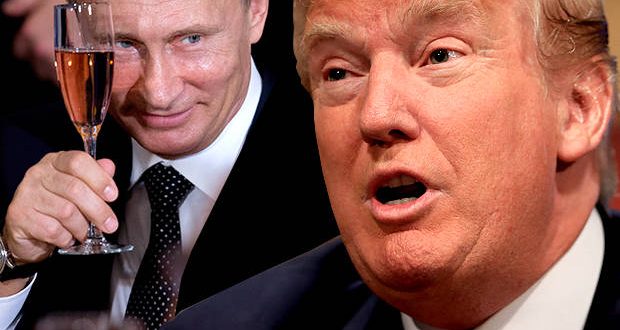 Putin’s Plan Was To Help Trump: US Spies

“We further assess Putin and the Russian Government developed a clear preference for President-elect Trump,” the report said.

“We also assess Putin and the Russian Government aspired to help President-elect Trump’s election chances when possible by discrediting Secretary Clinton and publicly contrasting her unfavourably to him,” it said.

According to CNN, The campaign — which consisted of hacking Democratic groups and individuals, including Clinton campaign chairman John Podesta, and releasing that information via third-party websites, including WikiLeaks — amounted to what the intelligence report called “a significant escalation” in longtime Russian efforts to undermine “the US-led liberal democratic order.”

The report was the first official, full and public accounting by the US intelligence community of its assessment of Russian cyberhacking activities during the 2016 campaign and the motivations behind that hacking.

“Russia’s goals were to undermine public faith in the US democratic process, denigrate Secretary Clinton, and harm her electability and potential presidency,” the report said.