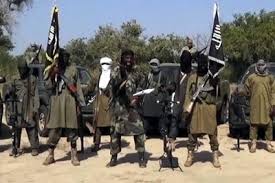 The Nigerian army has confirmed the arrest of Shettima Lawan, chairman of Mafa local government area of Borno state, describing him as a big supporter of Boko Haram.

He accused Lawan and his father of providing moral support for the sect.

“All I can say is that the chairman is a big supporter of Boko Haram,” he said.

“The chairman was in the habit of accommodating people that had fled from the bush. At some point, he has been valuable to us being with the Civilian JTF to fight Boko Haram, but that does not mean we cannot investigate him for a crime like this.”

“We have also arrested the vice-chairman of Kaga Local government and he is undergoing interrogation.”