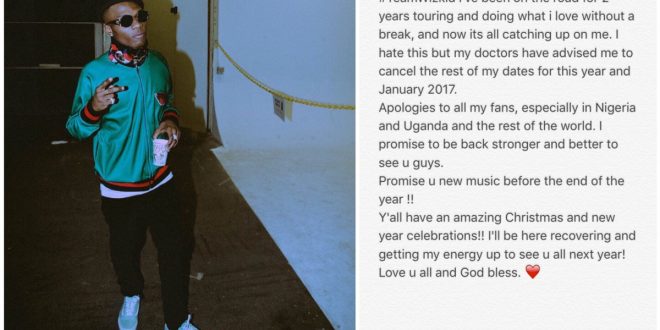 December 9, 2016 Comments Off on Wizkid Cancels All Concerts On Health Ground 91 Views 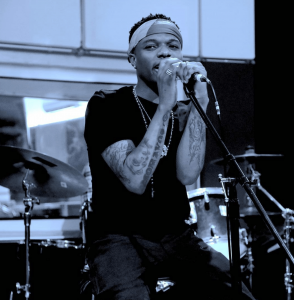 Starboy CEO , Wizkid has cancelled all his concerts for December and January on health grounds. The award-winning artist  announced on his twitter page that he has been on tour for 2 years without a break and now is telling on his health.

In the tweet, he said the  Doctors advised him  to cancel the rest of his shows for this year and January 2017.

He however promised to make it up to his fans with a new music before the year runs out.