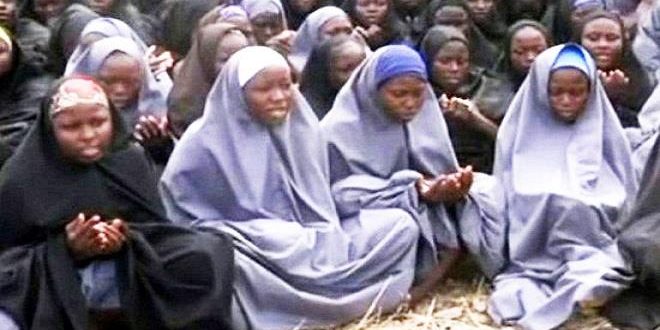 October 19, 2016 Comments Off on There are Chibok girls in Sambisa — girl pleaded with Air Force Nigeria not to carry out air bombing 58 Views

One of the girls recently released by the Boko Haram insurgents has pleaded with the Nigerian air force to be careful with its air raids on the Sambisa forest so that the remaining Chibok girls in captivity will not be killed.

In a personal explanation to the senate, Ali Ndume, leader of the senate, said the girl, Gloria, relayed the message to him when he paid a visit to the released girls.

“On my way to them, I didn’t know what to say but on getting, they composed a song for me,” he said.

“I didn’t know what to do, I ended up crying. Gloria, their leader, ended up consoling me.

“She said I should talk to the air force to be careful on carrying out air raids so as not to kill the remaining Chibok girls. On behalf of Chibok thank you the whole world, thank you for the worthy support.”

Biodun Olujimi, senator representing Ekiti south, said the most touching thing was that the girls “were not touched all the time they were there [with Boko Haram].”

“The time has come for government to come out to say how far we have gone on Boko Haram,” she said.

Binta Garba, representing Adamawa north, said the released of the 21 girls represents hope that the rest would be found.

“We need them to undergo physiological cleansing because of the trauma they have gone true. The government should guarantee the security of Nigerians home and abroad,” she added.

On his part, Ike Ekweremadu, deputy senate president, expressed appreciation to all those who played roles to secure the release of the girls.‎