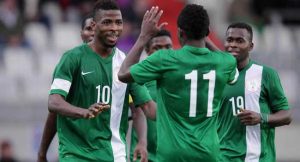 Nigerian stars, Kelechi Iheanacho, Mikel Obi and Ahmed Musa are among 30 players nominated by the Confederation of African Football (CAF) for the 2016 African Footballer of the Year.

This is the first nomination for Manchester City striker, Iheanacho for the award after a successful season at the English Premier League.

Chelsea midfielder, Mikel inspired Nigeria to win bronze at the Rio Olympics, while Ahmed Musa has shone at Russian champions, CSKA Moscow before his big-money move to Leicester City.