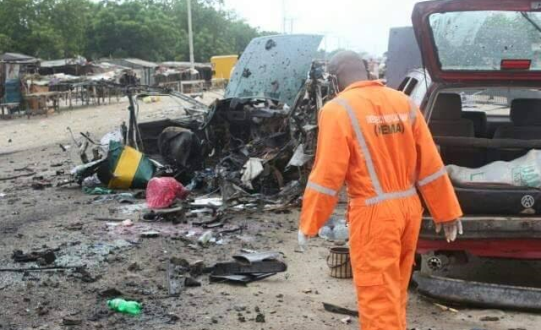 A bomb exploded on Wednesday morning at a motor park in Borno state, according to the National Emergency Management Agency (NEMA).

NEMA said the explosion happened around Muna garage in Maiduguri, capital of the state.

At least eight people are reported to have died in the explosion while 15 injured persons were said to have been evacuated to Specialist and Teaching Hospitals, Maiduguri.

NEMA said emergency workers were en route to the scene of the bomb blast.

The Borno state police command subsequently confirmed the blast, but it gave the casualty toll as five.

Victor Isuku, spokesman of the command, said in a statement: “Please be informed that at about 0830 today (Wednesday), there was an Improvised Explosive Device (IED) explosion on board a Golf 1 motor vehicle with reg. No JERE 349 XA, body S/No RTEAN 7179 taxi colour.

“The car was carrying five people – four females and a male driver. The explosion occurred around Muna garrage along maiduguri /Gamboru Ngala road when the taxi was attempting to join the convoy of other vehicles heading to Gamboru town. All the four female passengers and the male driver died in the explosion.” 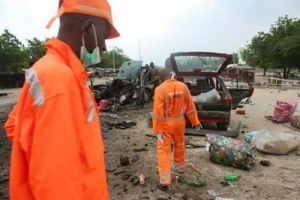 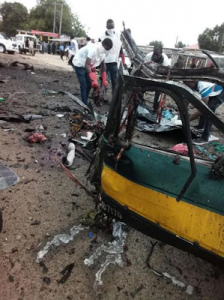 “The suicide bomber, who is reasonably believed to be one of the female casualties, was picked along the road,” Isuku said, adding that the explosion did not affect the other vehicles in the queue, as everyone ran for cover after the explosion.” 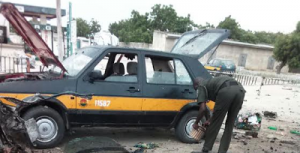