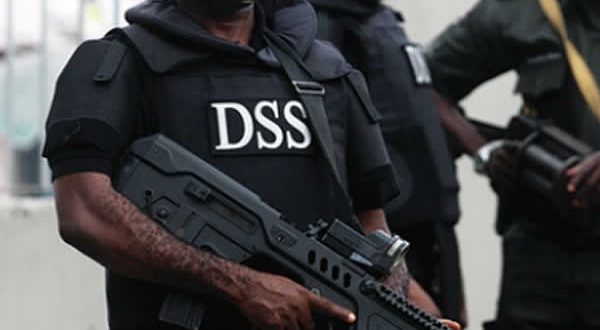 The Department of State Service, DSS has released all the judges arrested during a nationwide raid of their residents at the weekend.

The judges, according to DSS sources were released on self-recognition but are to report at the agency’s office when requested to, as the investigation and preparation to charge them to court continue.

The judges were accused of corruption and had been under investigation by the DSS.

A spokesman for the DSS, Abdullahi Garba, explained shortly after the raid on Saturday that the service embarked on raids of the Supreme, Appeal and High Courts judges’ residents based on allegations of corruption and other acts of professional misconduct.

According to him, “the Service action is in line with its core mandate, as we have been monitoring the expensive and luxurious lifestyle of some of the Judges as well as complaints from the concerned public over judgment obtained fraudulently and on the basis of amounts of money paid.

“The judges involved were invited, upon which due diligence was exhibited and their premises searched.

“The searches have uncovered huge raw cash of various denominations, local and foreign currencies, with real estate worth several millions of Naira and documents affirming unholy acts by these Judges”.

The DSS spokesman further explained that some of the judges had made useful statements while a few declined even with the glaring evidences that were found against them in terms of material cash, documents and property recovered pointing to their compromise.

“In one of the States where the Service operations were conducted, credible intelligence revealed that the Judge had Two Million United States Dollars ($2,000,000 USD) stashed in his house.

“When he was approached for due search to be conducted, he in concert with the State Governor, mobilised thugs against the Service team.

“The team restrained itself in the face of unbridled provocative activities by those brought in by the Governor.

“Unfortunately, the Judge and Governor also engaged the tacit support of a sister security agency.

“The Service surveillance team noticed that upon frustrating the operation, the Judge with the active support of the Governor craftily moved the money to an unknown location which the Service is currently making effort to unravel,” the statement read, remaining silent about who the governor was.

Meanwhile, the Rivers State Governor, Nyesom Wike, who was involved in a face-off with DSS officials during one of the operations in Port Harcourt, the Rivers State capital, has condemned the action by the Department of State Services (DSS).

The State Governor, Mr Nyesom Wike, on getting wind of the plan to arrest a Federal High Court judge in the state went to the residence of the judge with the aim of averting the arrest.

Narrating the situation to newsmen in the state, Governor Wike said: “It appeared to be an attempt to kidnap some people, so I told my security details to arrange security for us to move to the place.

“We got here 10 minutes after 1:00 am, and saw some security agencies, I asked what was  going on and the security official said they were detailed to arrest a judge.

“I said it is never heard that by 1:00am (after one), you are here to arrest a judge when you could as well invite the judge.

“If you cannot reach the judge whoever the judge is, invite the judge through the Chief Judge and obviously, the judge must have to respond to your invitation”.

The Governor stated that it will not be appropriate to arrest a judge at an odd hour when he has not been declared as a criminal but invited to have a chat which they said was the motive of the arrest.