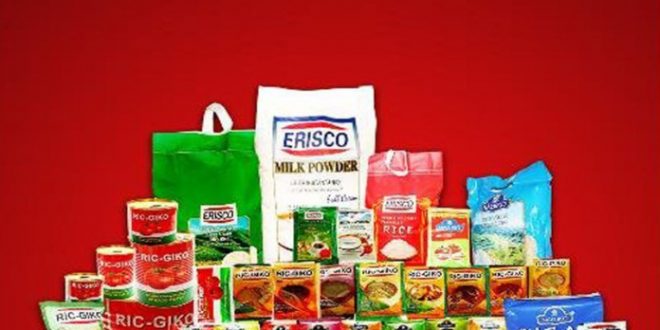 Erisco Foods Threatens to Shut down Operations, May Sack 1,500 Workers

October 6, 2016 Comments Off on Erisco Foods Threatens to Shut down Operations, May Sack 1,500 Workers 23 Views

Erisco Foods, an indigenous company, says its inability to access foreign exchange from the Central Bank of Nigeria for the procurement of machinery may force it to relocate to another country.

Eric Umeofia, the company’s chief executive, disclosed this on Wednesday. He said 1,500 employees could lose their jobs.

“It is difficult for indigenous manufacturers to access forex despite CBN’s promise to manufacturers that they will allocate 60 per cent of foreign exchange to them,” he said.

“It is unbelievable that for over two months, no forex has been allocated to Erisco Foods whereas the same forex is allocated daily for the importation of finished goods.

“Products that can be easily produced locally like fish head, tomato paste, razor blade are on the forex bids of the various banks.”

He said the high interest rates charged by commercial banks, importation as well as policy constraints were disincentives to manufacturer’s production in the country.

“The prices of our products are high due to high cost of production and this is in addition that we currently generate our own power,” he said.

“We have lost over N3.5bn in our bid to industrialise the Nigerian economy and [are] ready to move our production section to another country.”

Umeofia complained that the penchant of Nigerians for imported goods and lack of clear policy against importation of goods that could be manufactured locally were destroying manufacturers.

“We have stock of tomato paste worth over N6bn now and not selling due to dumping and conspiracy against indigenous manufacturers,” he said.

“We have complained publicly and officially to all the relevant government agencies with loads of evidence, but regrettably nothing has changed till date.

“We will be forced against our patriotic wish to relocate our operations to a country where there is conducive and favourable environment for manufacturing if within 30 days from now nothing significant is done by the government to address these issues.

“We will lay off 1,500 of our employees in the factory, replicate our $150m investment in another country and from there import tomato paste to Nigeria.”

Erisco Foods has a production capacity of 450,000 metric tons of tomato paste annually for 22 brands with over 2,000 workers.

The company’s workers had, in their hundreds, held a peaceful protest against the management’s plan to shut down.

The workers were seen carrying placards and chanting songs around the factory premises in Oregun, Lagos.

“We appeal to the government to save our jobs and families,” he said.

“The unemployment rate is alarming and we do not want to be classified as jobless in this harsh economic situation of the country.

“About 2,000 of us will be affected in various factories if the company shuts down. We urge the government to assist Erisco Foods and other indigenous manufacturers to continue to contribute to the country’s GDP.”

Share
Previous How Tinubu Single-Handedly Made Osinbajo Vice President – Gen. Iliyasu Ibrahim
Next I Am The Real Change, Says Fayose