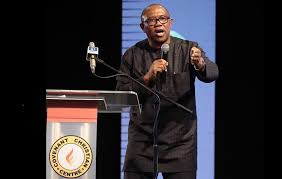 He said if Mark Zuckerberg, co-founder of Facebook, and Bill Gates, CEO of Microsoft, were in Nigeria, they would not have succeeded.

“You cannot do anything and succeed if you have the kind of leadership that this country has experienced in several years,” he said.

“People are talking about Bill Gates, Steve Jobs, Mark Zuckerberg, let me tell you the truth, if any of them were here, he won’t succeed. Quote me anywhere. I have gone to the best schools. I went to Oxford, Cambridge, and I can tell you this confidently.

“Have you seen anybody in this country who walked into the bank and was given money based on intellectual capital? They will ask you to bring your grandmother’s house, your father’s old house… A bank gave Bill Gates $1 million. Go and read the history of Microsoft. Steve Jobs and his friend were given $2 million. Who would have given them such kind of money here? Nobody.

He lamented over the culture of waste in government, explaining how he blocked avenues through which resources were being wasted.

Obi described Anambra as the most financially stable state in Nigeria, saying he left behind $155.4 million when he handed over power on March 17, 2014.

“Anambra remains the most financially-stable state in this country. On 17th of March, 2014, when I left government, I left $155.4 million,” he said.

“If anybody doubts me, call me. I know where the money is. I kept it.”
Obi challenged the youths to speak up and “stop celebrating criminality”.

He asked them to take their country back from “lunatics”, adding that sitting back and doing nothing would not help.
“We are in case where lunatics have taken over the saddle, and we must do something about it,” he said.

“I usually tell people to question their commitment. We vote in people who don’t have any car or house, but six months later they invite us for house warming. They tell us of their new cars. Instead of us to report them to the police, we will be busy dancing.

“Everyone is guilty of this. I have been in a church where a man stole money, and the bishop said wherever he got it from, may it multiply, but the man is a thief, so he should be arrested. It cannot multiply because he is stealing our money.

“Ask your local government what he does with the money he gets, ask questions. If they said they build roads, go and check. Take back your country.”