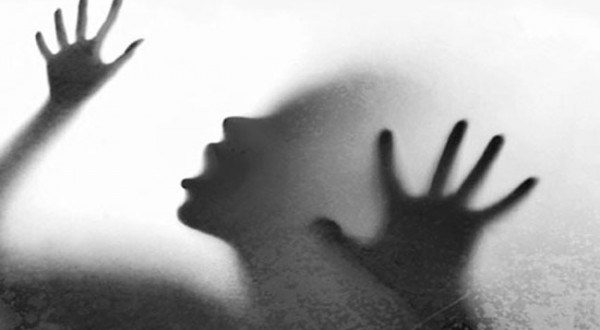 September 22, 2016 Comments Off on Four-year-old girl raped by her parent neighbour 27 Views

A 20 year boy identified as Bassey Johnson has been arrested by the Lagos State Police Command for allegedly raping a four-year-old girl in the Idimu area of the state.

According to Nigeriancurrent report, Bassey who is  learning a trade, allegedly raped the girl, Fatima (pseudonym), when she and her elder brother went to watch a television in the suspect’s apartment.The victim’s family and the suspect were said to be neighbours in the area.

It was gathered that on Sunday, around 9am, Fatima and her seven-year-old brother, Wareed, went to the suspect’s room to watch the TV.

It was learnt that while the two were in Johnson’s apartment, Wareed fell asleep.

The suspect was said to have raped the girl, after the brother slept.

A neighbour, who identified herself only as Adeyinka, said it was Fatima’s mother, who later discovered that the four-year-old had been raped when the girl continued to scratch her private parts.

She said, “Bass (Johnson) is very close to the girl’s family. They are neighbours and the children usually went to watch TV in his room. On that Sunday, the girl and her brother went into Bass’ room and while they were watching TV, the brother slept off.

“Bass thereafter raped the girl. The brother was sleeping in the room while Bass, who could not control his urge, raped the girl. After the girl came out of the room, the mother noticed that she kept crying and was scratching her private parts.

“When the mother checked Fatima’s private parts, she saw bloodstains and semen. When she confronted the perpetrator, the man confessed to the crime. That was how the matter got to the police.”

The matter was said to have been reported at the Idimu Police Division, and Johnson was arrested.

The DSVRT Coordinator, Lola Vivour-Adeniyi, said the girl had been taken for a checkup, adding that  the Department of Public Prosecutions had requested for the duplicate case file.

She said, “The girl was taken to Rauf Aregbesola Primary Health Centre, where she was given post-exposure prophylaxis for free. The semen of the suspect was still in her pants as of the time of the treatment. The suspect ran away initially, but the girl’s father was able to arrest him through one of their neighbours.

“The matter was reported to us on Monday, and we are going to follow up on the prosecution. The girl has been treated. The DPP has also requested the duplicate case file.”

The Lagos State Police Public Relations Officer, SP Dolapo Badmos, confirmed the arrest, adding that the case had been transferred to the State Criminal Intelligence and Investigation Department, Yaba.

She said, “The state Commissioner of Police, Fatai Owoseni, has directed that the case be transferred to the SCIID.”