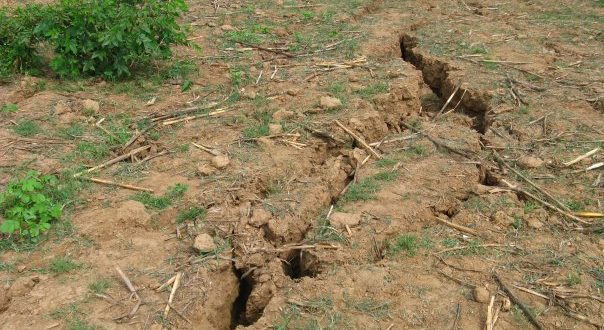 There is a fresh earth tremor in the Kwoi community in Jaba Local Government Area of Kaduna State. This come after an earlier tremor had taken place on Monday around 3am . The tremor has forced the community people to run from their community following the earth tremor hit.

Following the incidents, schools in the city were shut down and students, who had just resumed from the long vacation, were asked to return home.

A resident of the community,  Ayuba  Nok, described the Tuesday incident as more serious than the earlier ones.

Nok said, “Today’s tremor was very loud. It was louder than the previous ones. Some schools were forced to close. They sent their students back home.

“Mallam Maude School, LEA Central Primary School and Sabzuro Primary School were some of the schools which were forced to close as a result of the sound of the tremor. They were afraid that something worse might happen.

“The heavy vibration of the tremor happened around 9 am today. It also occurred on Monday around 3am. The sound of Monday’s tremor was not as loud and devastating as the one of this morning.

“The Chairman, Mr. Ben Kure, is saying that people should be calm and stay where they are. But, the people are already frightened and they are in shock.

“When the incident happened again today, many of us who were thinking otherwise before decided to leave the town, especially the women and children. This is because we don’t know probably the whole town may sink when another one happens. And the government is not doing anything for now to evacuate people.”

Meanwhile, the Head of Geography Department, Kaduna State University, Dr. Idowu Abbas,   said  the constant incident of earth tremor in Kwoi town might lead to a major earthquake, urging the government to place the community on a watch list for a possible evacuation.

“The tremor could be a signal of a bigger incident in Kwoi. And it still depends on what happens within the earth surface. I think the Nigerian Space, Research and Development Agency is already looking into that.  Honestly speaking earth tremor is a small earth quake, the major earth quake can come.”

Meanwhile, a Non-Governmental Organisation, the Environmental Right Action and Friends of the Earth Nigeria, has condemned the relevant authorities for failing to institute a probe to ascertain the causes of the earth tremors that took place in some communities in Bayelsa and Rivers states.

Communities such as Mbiama and Okaki in Ahoada West local Government Area of Rivers State and Igbogene, in Yenagoa LGA of Bayelsa State were hit by earth tremors in July 2016.

The ERA observed in a field report after visiting the affected communities that findings from the residents of the communities confirmed that the incidents were real.

The report which was made available to reporters in Yenagoa on Tuesday indicated that there was need for the relevant authorities to institute a body of experts to ascertain the immediate and remote causes of the earth tremor to avoid future occurrence.