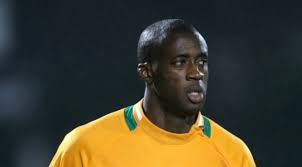 Toure on Tuesday announced this on his official website

The statement reads, “After 14 years playing for Les Elephants I have decided to end my adventure playing for the Ivory Coast,” declared Toure, in a statement released on Tuesday.

“Some decisions are difficult to take but it is time to pass things on to other players.
“I thank all my supporters and my fans.” The statement added.

Toure captained Ivory Coast to Africa Cup of Nations success in 2015, and made 102 appearances in 14 years for Les Elephants.