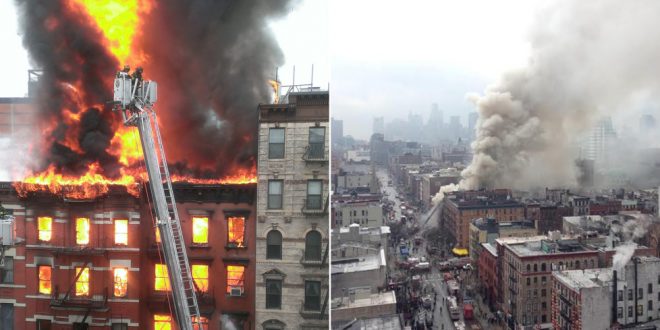 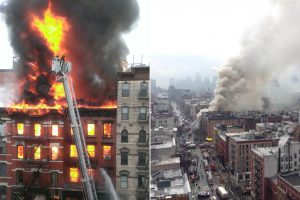 An explosion has occurred in Chelsea a of New York, injuring 29. Police are hunting for answers on what caused explosion, shortly before a second suspicious device was found nearby.

New York City Mayor, Bill de Blasio told reporters early indications are that the explosion at 23rd Street and 6th Avenue in Manhattan at about 8.30 p.m. Saturday “was an intentional act.”

But, he said, “there’s no specific and credible threat against New York City at this time from any terror organization.”

Investigators believe the blast was caused by an explosive device in or near a dumpster, a law enforcement source told CNN.

They are looking at surveillance video that appears to show a person near where the explosion occurred, in an attempt to determine if that individual is connected to the blast.

Just blocks away from the explosion, a suspicious device was found at 27th Street, according to multiple local and federal law enforcement official