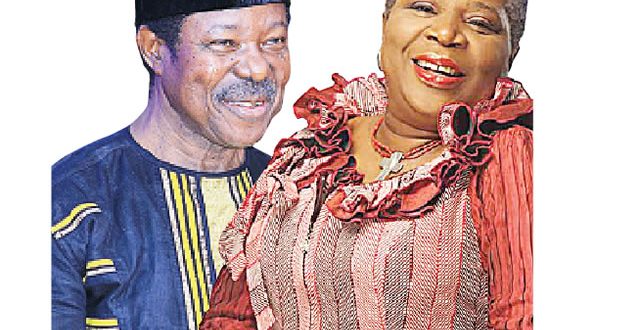 September 10, 2016 Comments Off on I Didn’t Have Any Affair With Onyeka Onwenu – King Sunny Ade 73 Views 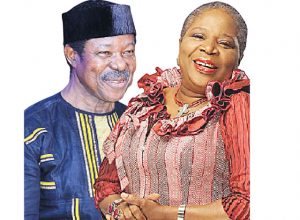 The king of Juju music, King Sunday Adeniyi popularly known as KSA has debunked the rumour of having any relationship with Onyeka Onwenu.

KSA explaining in an interview with The Punch said that any talk about having an affair with the songstress was to promote the song ‘Wait for me,’

“According to KSA, the song was just a gimmick to drive home a message for a healthy relationship among the youth back then.
“I didn’t have any crush on Onyeka then. Even before that song, we had recorded some songs together. She was (and still is) just a colleague. She is a good woman. We did that song just for us to teach the young people the essence of having a healthy relationship,” he said.

“It is just by his grace that He has made it possible for me to live up to this age. He alone has given me strength to perform. I love what I do and that is why I can never be tired. I came back from the US and I was told I had to perform somewhere and I went. I am never tired and my age will not slow me down,” he said.

And in fact, the juju icon said he is all set to roll out the drums to celebrate this milestone.
“My birthday celebration is usually a one-week affair. But this year’s birthday is different; the celebration will go on till the end of the year.”
“I started the celebration with special prayer from the general overseer of my Church, Pastor (Enoch) Adeboye. Later this month, there will be a gospel music concert in my home in Ondo. And on my birthday, which is on September 22, my children will celebrate me. I will also visit orphanages. There are so many activities lined up. I belong to well over 70 clubs and each of this club wants to celebrate me. But the grand finale will come sometime in October with a concert where so many foreign artistes will perform,” he said.

About his US trip, KSA said he could not travel to the US few years ago because his band members were not issued visas.
“That was just the only reason and it wasn’t as if anything bad happened. The embassy had technical issues at that time. So when we went for our visas this year, everybody got. We had to travel to the US and we toured so many states for our fans over there to know that it was not our intention to disappoint them back then,” he said.

KSA also used the opportunity to talk about the case he won against African Songs where he was awarded N500m in damages; KSA said he had yet to receive the money from the record company.

“I have not seen the money and I have yet to receive my master tape. That is even more important to me than the money. I learnt they have appealed the judgement so I cannot talk much on it,” he said.

Share
Previous With Prayers, Recession Will Be Overcome- Saraki
Next FG spends N5bn on Presidential fleet in 15 months