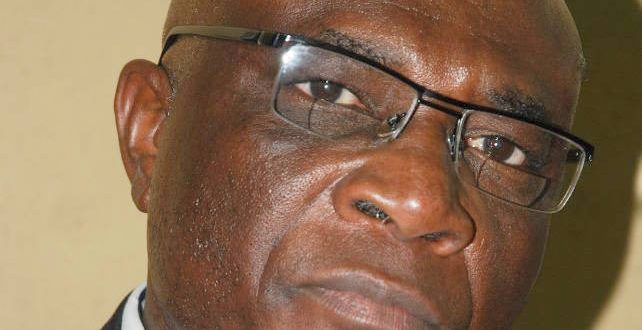 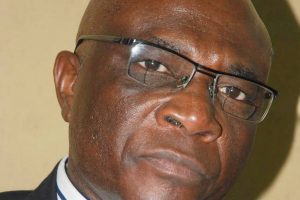 Mr. Bayo Onanuga, Managing Director of the News Agency of Nigeria, made a Facebook update today. Before I express any opinion on the said update, it is better to hear him out in his own exact words. Says Ogbeni Onanuga:

“My daughter was on the Virgin Atlantic Flight that took off from Lagos to London today. I asked her to find out whether the plane was filled up or going to London near empty judging by the noisy campaign from a section of the country about the ‘hardship’ in our country.
My daughter sent back this one-line text, after boarding: “daddy, the flight was filled up o”.
This makes me to wonder whether all the seeming orchestrated campaign in the media was not mere propaganda to make the Buhari regime look really bad.
I was in Bauchi and Jos at the weekend, I also found that food was cheap everywhere. In our hotel, we paid about N700 for a plate of semovita, or eba with a choice of cat fish or chicken. On the roadside, I found to my surprise that with just N1000, I bought over 50 oranges, two giant water melon and 10 pieces of sweet potato. I had experienced a similar thing in the market at Abuja, where I found that with N1,400, I could make a big vegetable soup, with tomato, pepper and roasted Titus fish.
Are the media and bloggers really painting a correct image of our country. It’s time for the media to objectively conduct a reality check about our reports, whether we are not over sensationalising so-called hardship that we talked about.”

I am a student of the psychology of the Nigerian elite – especially the fragment of the said elite in public office. I have done more than a decade of reflection on what I call “elite disconnect” from the reality of the people. I have written about the “elite bubble” in which they operate. I have even surmised that the real Nigeria is a foreign country that the Nigerian elite hardly ever visit. In other writings, I have suggested that there are two different planets in Nigeria, one inhabited by the 1%, the other inhabited by the 99% who endure their caprices.

After all, when Sanusi Lamido Sanusi expressed surprise a few years ago that the ordinary people were grumbling about the cost of petrol for their generators when, evidently, generators use diesel and not petrol, I adjusted my infinitely elastic parametres for accounting for elite disconnect and said that SLS’s case was the absolute worst case scenario. I opined that with the future Emir’s statement, we had reached the very possible and imaginable limit of elite alienation and disconnect. I declared that there could be no worse scenario of elite disconnect than the case of a member of the Nigerian elite who had spent so much of his life in the bubble of diesel-guzzling, soundproof Mikano generators that he was unable to imagine that the 99% needed petrol for their I-better-pass-my-neighbour Yamaha generators. To be fair to SLS, he apologized when he was educated that only those who reside in the elite bubble like him use diesel-powered generators.

No sooner had I declared SLS the limit of elite alienation than President Jonathan went to Kenya and redefined elite disconnect. For him, if you want to know that hunger and poverty are a thing of the past in Nigeria, count the number of private jets owned by Nigerians. And he made sure he invaded Kenya with a sufficient number of private jet-owning Nigerians to drive home his point to the world. I again adjusted my analytical tools to accommodate President Jonathan’s disconnect from the real Nigeria.

Anyway, between an alienated elite who didn’t know about petrol-powered generators and one who measured the people’s well-being with the number of private jets his country boasts, one would be forgiven to believe that the Nigerian elite have offered the most extreme cases of alienation and disconnect possible.

Enter Bayo Onanuga with his own theory of the exaggerated poverty of Nigerians. Everything we thought we knew about elite disconnect and alienation now has to be reassessed for we need new tools to engage Mr. Onanuga’s extreme case. However, as tempting as it is, do not vilify him. Educate him so that he can take valuable lessons and a good message back to his 1% bubble. When SLS was educated that there are people who use petrol-powered generators in Nigeria, he took the lesson back to base. These people do not step out of their bubble to visit Nigeria frequently. Whenever one does as has done Mr. Onanuga, we must seize the rare occasion to educate him before he retreats to the bubble of alienated privilege.

Lesson one for Mr. Onanuga is the fact that when you want to determine where the shoe pinches the Nigerian masses, asking your privileged daughter to assess the population of privileged Nigerians who exist in the world of international travel is a very terrible way to dismiss the “so-called hardship” being experienced by Nigerians.

When next your daughter is flying, I have a better assignment for her. As she is being chauffeured to the airport, tell her to open her eyes wide once the bridge leading to the departure terminal is in view. Tell her to start counting the number of able-bodied Nigerian men and women, mostly youth, who are just out there loitering.

They are unemployed. They are hoping that Nigerians like your daughter and this writer, who jet in and out all the time, will hire them to carry our luggage, push our trolleys, help us fetch padlocks, run errands for us till we check in. We give them N1000, maybe N2000, and they rush out again to repeat the cycle. Mr. Onanuga, tell your daughter to send you a text about these people next time. For her education, tell her chauffeur and security to let her interact with these people and text you what they say. You will hear plenty of stories for your own education and humanity.

You call N1000 “just”? You should thank God that you belong in the class of Nigerians who can put “just” in front of N1000. Only this morning, I told a colleague of mine, Nduka Otiono, that my last act of charity before checking out of my hotel in Lagos last Saturday and flying back to Ottawa was to give N1000 to the cleaner who took care of my hotel room. A male hotel cleaner. An able-bodied young man. I told Dr. Otiono that I was hesitating to put up a Facebook update about how this Nigerian reacted to a gift of N1000 because I had already reported how another Nigerian, a driver, reacted to a gift of N4000 a few days earlier in Abuja. I told Nduka that I restrained myself from writing an update about the N1000 gift in Lagos because I did not want to sound like I write about every charitable act of mine.

Truth, Mr. Onanuga, is that this hotel cleaner broke down in tears, knelt down and began to scream “thank you sir” and “thank you Jesus” intermittently. And he began to gush out a list of things he’d been unable to do because he did not have that kind of money, as I stood there, horrified by the evidence before me of a Nigerian describing N1000 as life changing. Maybe I should give you the name of the hotel so that you can go to Ikeja, find that cleaner, and tell him that N1000 is “just N1000”? Mr. Onanuga, you have no idea how many Nigerians operate in a world where N500 is the biggest denomination they ever see. Many still operate in a world denominated by N200 notes and less.

Yes, in the world of the elite, the only time you guys still relate to the naira – even in Nigeria – is when you are bringing out bundles of crisp N1000 or N500 notes with the bank band and stamp around it stating that the amount in the bundle is N100, 000. If you live too long in this kind of world, you will come to see N1000 as “just.” I am very happy that you went to the market and you were able to buy lots of things and cook a delicious egusi soup with N1, 400. Majority of Nigerians would be able to do the same thing too if they were paid their salaries as and when due. I met Nigerians who can’t even tell me when last they were paid. Mr Onanuga, are you aware of the fact that there are Nigerians who have not been paid a dime in the last six months? Is their hardship also something that is being exaggerated by the media?

Mr Onanuga, when last did you really see your driver, your houseboy, your maiguard, your cook, your cleaner? I mean see them as in see human beings and hear their stories and be part of their world? Please, move closer to these people who are servicing and serving your world. Listen to them and you will no longer be part of the terrible elite deceiving President Buhari that all the talk of hardship is the creation of an over-sensationalizing media.

Between Femi Adesina’s constant sermons that there is no hardship in Nigeria, Kemi Adeosun’s recession is a word-gate (I am told there is a fuller context to her statement but there can’t be any justification for that in my book) and now this proof of your own alienated intellect, it is abundantly clear what picture of Nigeria is being filtered to President Buhari.

Of course, the army of those telling him that Nigeria is better than Dubai does not carry the blame. He alone carries the blame for the buck stops with him. If he wants to know the real condition of Nigeria on his watch, he is an adult, capable of sacking those telling him lies and taking a good measure of the situation himself.

However, I am pleased that you undertook a voyage to Nigeria from your elite bubble. I am appealing to Nigerians not to vilify you because you can take a valuable message back to the 1% citizens of your elite bubble: life exists at under N1000 a day for the majority. Stop “commonizing” N1000. It is not small money for the majority of our compatriots. Do the right thing and take this message back to your people.

By Toyin Falola   The chicken perches on the rope The rope is restless, The …