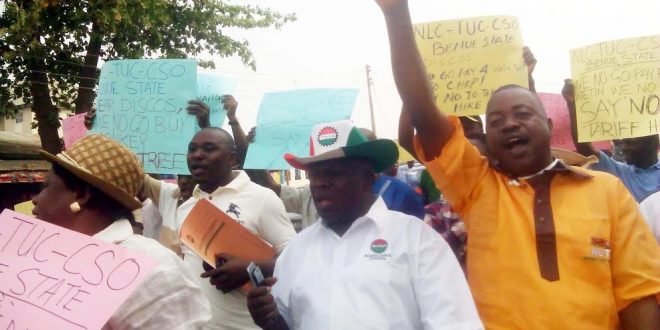 September 6, 2016 Comments Off on Improve the economy not increase the fuel price – TUC tells FG 25 Views

The Trade Union Congress issued a statement on Tuesday alleging the FG of it plan to increase the fuel price from #145 to any amount is a wicked act, the president of the TUC Mr Bobboi Kaigama and its Acting General-Secretary, Mr Simeso Amachree, in a statement on Tuesday in Lagos, vowed to resist any form of fuel increase above N145.

“The economy is already on its knees. We suggest that the government should reduce the cost of governance and create a more friendly business environment and jobs.

“The economy must be diversified. Government should set up an economic team that will create modalities of finding the way out of recession,’’ the TUC said.

It said that government should not consider any increase in pump price of fuel, because the call for review of minimum wage for workers had not been harkened to.

“Federal government had yet to fulfill its promises and agreement with the organised labour during the May protest against hike in fuel price,’’ it said.

The TUC said Nigerians are passing through a very tough time and instead of the FG increasing the petrol price above 145, the FG should focus on improving the economy.