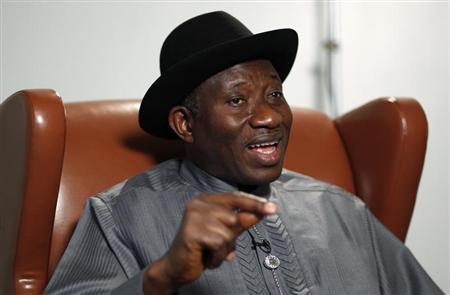 Your Lack Of Vision, Incompetence Cause Economic Recession Not Jonathan, PDP Tells APC

September 5, 2016 Comments Off on Your Lack Of Vision, Incompetence Cause Economic Recession Not Jonathan, PDP Tells APC 17 Views 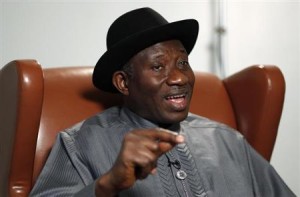 Dayo Adeyeye, spokesman of the PDP caretaker committee, said this in a statement while responding to the allegations that Jonathan refused to act when economy was crumbling.

Mohammed Baduru, governor of Jigawa state, made the claim.
“We make bold to tell governor Badaru that Jonathan and the Peoples Democratic Party government saw this coming since 2011, and wanted to deregulate the sale of hydrocarbons in 2012, but Badaru and his co-travellers who are now in the All Progressives Congress (APC) frustrated the effort,” Adeyeye said in a statement.

“The former administration also wanted to encourage more savings in the Excess Crude Account (ECA) and set up the Sovereign Wealth Fund (SWF) but the Badarus of this world who play politics with serious national issues and were state governors at the time took the federal government to court and did everything to frustrate the effort.

“Thank God some of them are among the ‘best brains’ in the APC federal government of today.”
The statement added that the “ceaseless blame” put on the Jonathan administration would not take the country anywhere.

Adeyeye challenged “Badaru and those who still think like him” to tell Nigerians the efforts made to resolve the economic crisis.

“This economic management policy of unhealthy propaganda and blaming the previous administration ceaselessly, will not take us anywhere,” he said
“The likes of the governor were busy de-marketing Nigeria all over the world when the Jonathan administration was trying to woo investors.

“Did he ever wonder why despite the signals towards end of 2013 to 2014, as rightly identified by the governor to be the beginning of hard times, the economy remained stable with single digit inflation during those periods,” Adeyeye asked.

“Let gov. Badaru be reminded that it was because of the milestones recorded in the local production of rice and other staple food that ensured robust local supply and remarkable progression which limited the demand for scarce foreign exchange needed for importation.

“In view of the above submissions, it is clear that the current economic recession in the country was not caused by previous PDP’s administration or leaders but due to the poor management of Nigeria’s economy, lack of vision and incompetence of the present APC’s led federal government that drove Nigerians into this avoidable life threatening quagmire.”

He added that the visit of Mark Zukerberg to Nigeria would not have happened if Jonathan had not set up the two ICT incubation centres in Lagos and Calabar.

Share
Previous How 81 year old victim was rubbed of $10,000- Suspect confess
Next FG replies US Congressman, Says Letter Is Out Of Tune With Reality