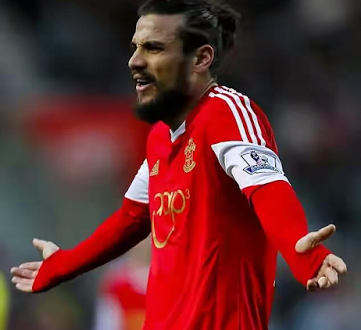 The 30-year-old former Southampton forward Dani Osvaldo, has quite football to pursue a career in music, this came as surprise to his fans across the world even though he was offered a lucrative contract of £2.1million a year by Italian side, Chievo Verona.

Dani Osvaldo played for 12 different clubs over the course of his senior career, which included spells with Juventus, Inter Milan, AS Roma, FC Porto and Southampton.

Share
Previous The Dangerous Man In North Korea By Reuben Abati
Next (Graphics).Woman stabs husband after having sex