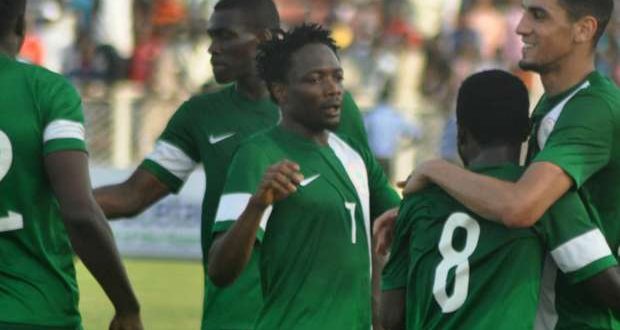 Super eagles new coach has begin his reign with a victory as Nigeria super eagle wallop Tanzania 1-0 in their last 2017 Africa Cup of Nations qualifier at the Godswill Akpabio International Stadium in Uyo, Akwa Ibom.

Manchester City super boy,  Kelechi Iheanacho gave a stuning strike from 25 yards in the 81st minute which was enough to give  Nigeria a win in their last game of  2017 African Cup of Nations qualifiers.

Saturday’s win was the only win recorded by Nigeria in the AFCON 2017 Qualifiers as they finish with five points in four games.

Egypt, on their part, topped the group with unassailable 10 points from same number of games like the Super Eagles.