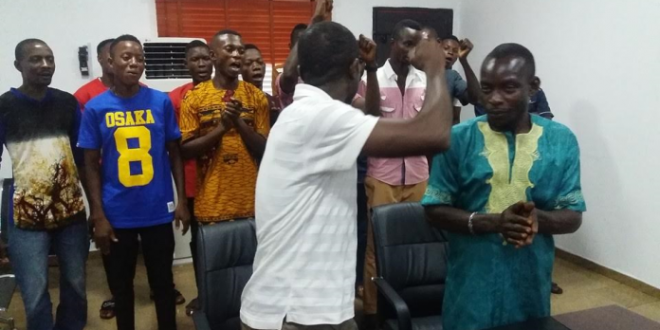 Some APC youth in the area of Ubima, Ikwerre LGA, River state,popularly known as  Action Group of Ubima led by their leaders in Unit 7 Mr. Nna Agbara and ThankGod Nsirim were reportedly defected to People Democratic Party (PDP).

The youth were received by the State Publicity Secretary of PDP, Hon. Samuel Nwanosike in his office at the party’s secretariat. According to a member of the youth , He said the need arise to join the party so as to be able to move the state into a greater height and to support the state government in his commitment to move the state forward.