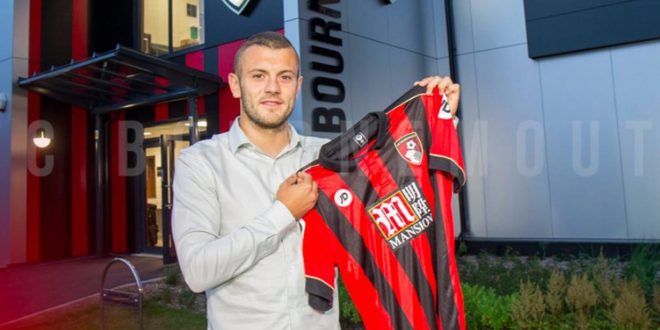 Jack Wilshere on loan to Bournemouth from Arsenal

September 1, 2016 Comments Off on Jack Wilshere on loan to Bournemouth from Arsenal 11 Views

England and Arsenal midfielder Jack Wilshere has recently join Bournemonth on a loan till the end of the season, Arsenal released the midfielder base on his poor performance last season and to be able to put up himself in other to get a regular shirt in the club, despite interest from several clubs like Crystal Palace and AC Milan to sign the 24 year midfielder he opted to play for bournemonth.

The club chief executive Neil Blake said: “Jack is a fantastic addition to the club, and hoping his presence will boost the performance of the club in recent campaign. Wilshere  decided to head to the south coast in order to revive his dwindling career.