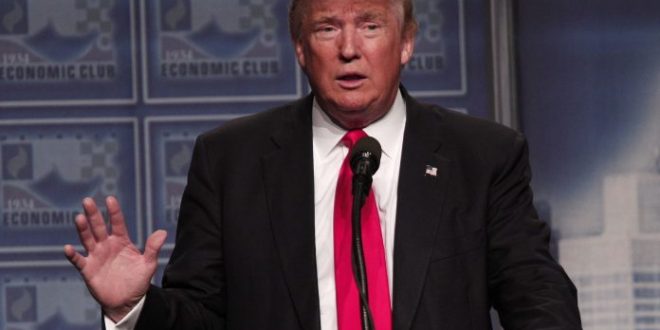 Trump Finds Himself In Deeper Hole

August 27, 2016 Comments Off on Trump Finds Himself In Deeper Hole 20 Views 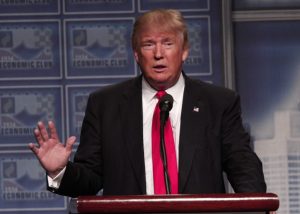 This was supposed to be the new – new! – Donald Trump, the more temperate Republican candidate who had emerged in the past two weeks seeking to broaden his appeal to a more diverse electorate.

But with the presidential election just two-and-a-half months away, Americans seem decidedly unimpressed by this latest in a long series of tweaks, turns and transformations.

The White House hopeful has been more disciplined in form, reading from prepared speeches and focusing his fire on his Democratic opponent Hillary Clinton, pounding away at the theme that donors to the Clinton Foundation charity were given special access to the then-secretary of state and her aides.

And in terms of substance, he has polished his message, spending more time on the economy and reaching out to minority voters, particularly blacks and Hispanics.

By presenting that seemingly less abrasive and more tolerant image, Trump hopes to accomplish two objectives: to gain support in minority communities where Clinton holds an overwhelming advantage, and to persuade middle-class whites offended by his more contentious rhetoric that they can safely return to the Republican fold.

“He’s trying to do both; he will probably succeed at neither,” said Larry Sabato, a veteran political scientist with the University of Virginia.

The wealthy New York populist has chosen a risky line of attack against Clinton, accusing her of being not just corrupt but a cynical and uncaring racist.

“Democratic politicians have run nearly every inner-city in America for 50, 60, 70, 80, 90, 100 years. Their policies have produced only more poverty, total joblessness, and failing schools,” Trump said Thursday in New Hampshire.

“She doesn’t care. She’s too busy raking in cash from people and rigging the system and taking the African American vote and the Hispanic vote and saying, ‘We’re going to do a great job.’ And right after the election, it’s ‘bye-bye, I’ll see you in four years.’”

Whether this offensive bears fruit may not become clear for a few weeks. Polls so far show Clinton doing a bit better among minorities even than Barack Obama did in 2012, with support from more than three in four voters, according to a new Quinnipiac Poll.

But it seems unlikely that minority voters will forget the xenophobic vitriol of the past year in just a few weeks.

“I have not encountered a presidential candidate since George Wallace whose very name causes minorities to cringe as much,” Sabato said, referring to the late Alabama governor who once said he stood for racial segregation “forever.”

“It’s just widespread — African Americans, Hispanic Americans, Asian Americans, Muslim Americans — and that’s 30 percent of the electorate in November. He will be lucky — and I mean lucky — to get 15 percent” of the minority vote.

As for white voters, Donald Trump is doing less well than his Republican predecessor of 2012, the patrician (and far more conventional) Mitt Romney.

To be sure, 58 percent of whites without a college degree support Trump, won over by his brash, populist message. That voter bloc, disillusioned, marginalized by globalization and contemptuous of the nation’s elites, represented about 45 percent of the overall electorate in 2012, according to The New York Times.

But this advantage among “blue collar” whites is not enough to make up for Trump’s popularity deficit among better-educated whites.

Clinton’s star has risen spectacularly this summer among whites with college degrees. According to the latest ABC/Washington Post poll, 50 percent of them now support the Democratic candidate, up from 42 percent in early July.

In short, support from the less-educated whites of the “Rust Belt” states hit so hard by factory closings and job outsourcing will not be enough to help Trump overcome Clinton’s big edge among minorities and educated whites.

But while “many of these same moderate white Republicans believe in civility, he’s the least civil candidate in modern times.”

Clinton meantime has done her utmost to remove any doubts about who she says the “real” Donald Trump is: a populist who has awakened America’s far right and aroused the worst nationalist elements of the conservative movement.

Stuck in the middle

Thus the Republican candidate finds himself torn between being the old thundering Trump who managed to galvanize large numbers of conservatives, and the “new” Trump, whose sincerity seems suspect to moderate Americans.

The events of the past week illustrate his strategic dilemma.

In the space of 48 hours, Trump promised a “softening” of his plan to deport all 11 million undocumented immigrants, and then, faced by the angry outcry his attempt at moderation had unleashed on the right, said what he meant was a “hardening.”

“How can you call a campaign coherent that can’t even explain what its central issue is?” Sabato said. “He can’t even describe what his position is on immigration.”

Trump will probably have to clarify exactly where he stands on immigration in coming days — just the latest course correction from a candidate who sometimes seems to have no clear course.