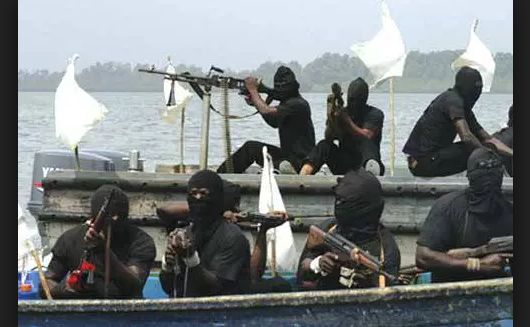 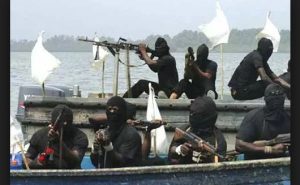 The Niger Delta Avengers has announced a unilateral ceasefire and offered to   dialogue with the Federal Government.

In a statement, the NDA however said: “We are going to continue the observation of our announced ceasefire of hostilities in the Niger Delta against … the multinational oil corporations.”

The cessation of hostilities, it said, was in support of “genuine Niger Delta stakeholders conference to engage the Federal Government” on the issues affecting the oil-rich region.

According to vanguard newspapers, spokesperson for the group, self-styled Brigadier Gen Mudoch Agbinibo, in an exclusive electronic mail to Sunday Vanguard inquiry, said: “The struggle has always been a pan-Niger Delta one. We also know the anti-Niger Delta elements are using some disorganised characters from the region to scuttle the efforts   to restore the essence of our humanity: Resource control and self-determination.

“But we promise to fight more for the Niger Delta, if this opportunity fails. Therefore, we will give our Niger Delta elders and genuine stakeholders that tacit support to go to the dialogue table with   government and the multinational oil corporations whenever the enabling environment prevails.

“We are going to support any collective/negotiation team emerging from Chief (Dr.) Papa Edwin Kiagbodo Clark, Niger Delta elders and genuine stakeholders’ conference to engage the Federal Government of Nigeria.”

“that will be focused on achieving the short, medium and long-term frameworks and objectives to de-escalating conflicts in the Niger Delta.”

The Avengers went on: “Most of the frameworks and objectives are clearly stated in various reports, declarations and recommendations of the likes of the Sir Henry Willinks minority rights reports of pre-independence Nigeria (1957-8), The Kaiama Declaration document, The General Alexander Ogomudia report, The Leedum Mittee headed, Niger Delta Technical Committee report and restructuring to fiscal federalism.

“We have resolved to reject any idea of the peace of our times; we want the peace with honor this time around! Our advice to our Niger Delta elders and genuine stakeholders is that, whenever this inhuman project called Nigeria and her government is ready for dialogue/negotiations with them, this mandate should be treated with that care as driving a vehicle like that of a truck laden with fire.

“We are going to continue the observation of our unannounced cessation of hostilities in the Niger Delta against all interest of the multinational oil corporations. But we will continuously adopt our asymmetric warfare during this period if the Nigerian government and the ruling political APC continues to use security agencies/agents, formations and politicians to arrest, intimidate, invade and harass innocent citizens, suspected NDA members and invade especially Ijaw communities.”

The group warned those using what it described as rogue platforms to inform their “paymasters that the days of doom are here.” It said: “Those who sold and bought up interests from around the corridors of power cannot arm-twist the NDA with bandits, drug addicts, illegal bunkerers, bank robbers and disorganised characters to derail the Niger Delta struggle.”

Terminals Meanwhile, another group, which calls itself the Niger Delta Revolutionary Crusaders, NDRC, warned that   if President Muhammadu Buhari defied the monarchs and elders of the region, who have joined forces under one platform to end the crisis, they would blow up the remaining five export terminals in the country.

Spokesperson for the NDRC, W O I Izon-Ebi, in a statement, yesterday, said the group, in solidarity with NDA   had   resolved   to “adhere to the genuine negotiation of the Niger Delta elders, otherwise it   will lead the attack for the total destruction of the remaining five Export Terminals.” Another   group,  Niger Delta Greenland Justice Mandate, NDGJM,    claimed to have blown up the   Nigeria Petroleum Development Company, NPDC, pipeline in Delta State,    24 hours before the leaders of the region, for the first time, in one voice, asked militants to stop attacking pipelines, citing injustice as the reason for its action. Monarchs, elders and leaders from the region had formed a pan-Niger Delta platform, on Friday, to take up the issues affecting the Niger Delta with the Federal Government.

The membership is unknown at the time of this report. A   former Federal Commissioner for Information and Ijaw national leader, Chief Edwin Clark, had   convened the meeting. The NDRC said: “It is so pathetic and provocative that the region that is    sustaining 170 million Nigerians is so poor, while there are six exporting terminals in the country all located in the Niger Delta. Shell owns two while Mobil, Chevron, Texaco and Agip own one each.

Shell also owns the Forcados Terminal, which is capable of storing 13 million barrels (2,100,300 m3)  of crude oil in conjunction with the nearby Bonny Terminal. “Mobil operates out of Qua Iboe Terminal in Akwa Ibom State, while Chevron owns the Escravos Terminal in Delta State and has a storage capacity of 3.6 million barrels (570,000 m3). Agip operates the Brass   Terminal in Brass, 213 kilometers southwest Port Harcourt, and has a storage capacity of three million, five hundred and eighty thousand (565,700 m3). Texaco operates  Pennington Terminal. “Natural gas reserves are well over one hundred and eighty-seven trillion (2,800 m3  ).

The gas is three times substantial as crude oil reserve. The biggest   natural gas initiative is the Nigeria Liquefied Natural Gas Company, which is still in the Niger Delta.” The group said   the region was not supposed to be suffering with all these resources, adding, “  The big question about insincerity, justice and equity is how the N91 trillion   gotten from the sale of crude oil since the discovery of crude oil in commercial quantity in Oloibiri of Bayelsa State and   N51 trillion Goodluck Jonathan’s   administration was stolen.

“The Buhari we all know and Nigerians trusted is not the Buhari we are seeing today. He has surrounded himself with his brothers, his immediate family, the people of his faith as a Muslim, the people of the North as a northerner, as if there is no other region, faith, or competent people in Nigeria as a nation. “He has not only promoted sectionalism but has also promoted tribalism and nepotism.

The Niger Delta   is at high risk because of oil exploration and exportation, pollution and degradation and contamination of the soil has cut short the lives of the Inhabitants of the region. “Hunger is everywhere in the Niger Delta, poverty is 90 percent in the face of Niger Deltans, diseases everywhere, no good drinking water, with abundance of gas there is no light, but Nigeria is interested in generating power for other nations