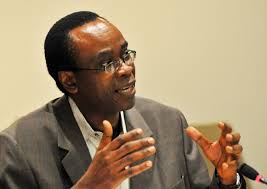 August 17, 2016 Comments Off on When Nigerian Biotech Experts Met By Nnimmo Bassey 11 Views

In his remarks, Chief Audu Ogbeh, the Minister of Agriculture and Rural Development, asked, ‘Who will educate the politicians?’ That quote, he informed the gathering, was from a one-time president of the USA, Richard Nixon. He then went on to say that genetic engineering is about science but that it had a cloud of fear, doubts, sentiments and political agitation hanging over it. He pointedly stated that at the end of the day ‘science will prevail.’ Probably because his comments were brief, he did not expatiate on what he meant by that statement. He, however, said that the truth lay somewhere between the fears and the facts.

When the Minister of Environment, Amina Mohammed, took the floor she emphasised that the meeting was a starting point from where further conversations would be held and the larger public would have the opportunity to weigh in. She stressed the need to invest in knowledge and to strengthen the nation’s biosafety policy. She also touched on the communication gap between the scientists and the public. According to her, the wide store of indigenous knowledge must not be ignored in the building of broader understanding of the issues at stake. She generally called for healthy debates on the issues.

The outcome of the meeting has been presented to the public as being a plan by the Federal Government to sensitise Nigerians on the benefit of genetically modified organisms (GMOs). To some of us that were at that meeting we would not endorse such a summation. Why do we say so?

The meeting, although jointly called by the three ministries mentioned above, was driven by Open Forum for Agricultural Biotechnology in Africa (OFAB), a biotech industry (non governmental?) organisation headed by an assistant director in NABDA and deeply embedded in NABDA. Indeed, before the meeting started, a continuous stream of video clips were used to serenade participants with the success stories of GMOs and the wonderful process that gave birth to Nigeria’s National Biosafety Management Act 2015 and the National Biosafety management Agency (NBMA). When the Minister of Science gave way to the Director General of NABDA, she took the stage to sell GMOs to the crowd of mostly converts to the technology. Those of us with strong doubts and who reject modern biotechnology as the panacea for Nigeria food issues were a token sprinkle you could count on the fingers of one hand.

The Director General stated that GMOs started from the time of Adam and Eve in the Biblical Garden of Eden. Imagine modern biotechnology as old as Adam and Eve. She further on cited the roundly discredited letter signed by 109 Nobel Prize laureates that claimed that Greenpeace was hampering the adoption of the so-called Golden or GMO rice engineered for enhanced levels of vitamin A. The truth is that the rice in question is yet a failed project and is not hampered by anyone other than its failure to deliver on its promoters’ promises. The Institute of Science in Society and the Third World Network had this to say of the Golden Rice: The ‘golden rice’ – a GM rice engineered to produce pro-Vitamin A – is being offered to the Third World as cure for widespread vitamin A deficiency.[Our] audit uncovers fundamental deficiencies in all aspects, from the scientific/social rationale well as financially bankrupt agricultural biotech industry. The scientific/social rationalization for the project exposes a reductionist self-serving scientific paradigm that fails to see the world beyond its own narrow confines. The ‘golden rice’ is a useless application. Some 70 patents have already been filed on the GM genes and constructs used in making the ‘golden rice’. It is a drain on public resources and a major obstruction to the implementation of sustainable agriculture that can provide the real solutions to world hunger and malnutrition.

The DG also stated that potatoes are naturally GMOs. No comment on that!

The good thing about this meeting was that there were some voices on the panels speaking up on the known socio-economic, health and environmental dangers of GMOs and citing examples of countries that have banned agricultural/food applications of the technology. The biotech promoters used the platform to characterise food sovereignty campaigners as acting out scripts of supposed funders in exchange for a life of luxury in air-conditioned officers, cars and what not. The response to that was that this was cheap blackmail that would not deter opposition to risky technologies.

In the panel on strengthening biosafety institutional framework, the lead speaker mentioned two errors that National Biosafety laws could fall into were either being too permissive or being too restrictive. A close look at the National Biosafety Management Act 2015 shows that it is highly permissive and was couched for easy entrance of GMOs and related products in Nigeria. We gave examples. First is the fact that the Governing Board of NBMA is populated by biotech promoters, besides the statutory membership of federal ministries. The only slot for NGOs is conditioned on the representative being from a conservation NGO. Membership of the Board includes NABDA, an agency set up to promote GMOs in Nigeria. This agency teamed up with Monsanto Agriculture Nigeria Limited to apply and receive permission to conduct confined field trials of two GMO maize events in Nigeria. This shows a clear case of conflict of interest and we duly called for the removal of NABDA from the board of the Biosafety Agency. If NABDA partners with Monsanto we need to be convinced that they are depending solely on funds from the Ministry of Science for the discharge of their duties and that they are working under undue external influences.

Neither farmers nor consumers are represented on the NBMA board. Indeed, the Biosafety Board as presently constituted by the Act can be seen as an old boys’ club. If, as was agreed at this meeting that, the Biosafety Act is basically not to stop GMO, we need to know if it is NBMA’s duty to promote GMOs.

We also stressed that there should be a board that would consider recommendations of the Biosafety Agency before permits for GMOs are granted or rejected. At present decisions by the leadership of the Biosafety Agency with regard to applications are not subject to any form of oversight in the Act. This must be redressed. Recommendations should be subjected to consideration by either the Agency’s Board or preferably by an inter-ministerial committee. It is too risky and utterly dangerous to place the food safety and future of Nigeria into the hands of one person. The GMO approvals given to Monsanto and their partner NABDA, were approved within a few months of the filing of the applications – a record of Olympian proportions.

The present Act allows for the display and receipt of comments on GMO applications to be made within only 21 days. In the case of the approval for Monsanto’s GMO cotton, the application was displayed only at Zaria and Abuja. There was no public hearing or consultation before the approval was given. The Agency was acting as empowered by the clearly deficient Act. This must be rectified to ensure that sufficient time is given for submission of objections/comments and that there are public hearings before decisions are made. Such applications must also be displayed at accessible locations across the nation and where possible in language that the public can understand.

Health of Mother Earth Foundation’s review and comments of the Nigerian Biosafety Act identifies many loopholes that raise red flags about the Act and thus demand action. http://www.homef.org/sites/default/files/pubs/national-biosafety-act-homef-review.pdf .

That is the Act that one of the lead presenters declared is so robust it requires no review!

Knowing the trend in development of GMOs – veering towards extreme biotechnology such as gene-editing and what is termed gene drives, scientists are working to overturn nature, avoid the sharing of traits that happens in natural reproduction, and instead pass on a predetermined trait in every reproductive event, to the extent that wiping out species through having offsprings that are of same sex becomes a possibility. The danger in this trajectory is that for some organisms a release of just one engineered individual could wipe out all relatives in the environment over a short period of time. Experiments are ongoing on utilising this technology to fight rats on an island.

If the public requires sensitisation, what is needed is to inform the public about the Biosafety Act, so that Nigerians can judge for themselves whether GMOs are the solution to food shortages in Nigeria. It is also essential so that the public would know their rights or lack of rights in the biosafety administration in Nigeria.

Some of us do not accept that nutrition and food security must be manufactured in science laboratories. And we should never forget that Nature is the ultimate scientist. The wise person works with Nature because fights against Nature are not only often futile but could become fatal.

It cannot be the duty of government to sensitise Nigerians about the desirability of GMOs. Government has a duty to assure Nigerians that we have a sound and truly robust Biosafety Act that they can depend on for environmental and food safety. The biotech promoters should campaign for funding from government to carry out their experiments in their laboratories and continue to build knowledge and expertise. We are fed by smallholder farmers and experts assure that it will remain so into the future. GMOs are not silver bullets that solve all problems. Our farmers need extension services, rural infrastructure and access to markets. We must learn from the failure of GMO cotton in India, Pakistan, Burkina Faso (watch the video) and elsewhere. Having experts make excuse for a failing and risky technology cannot be said to be the best way to do science.

If anyone needs sensitisation in Nigeria about GMOs, it is the biotech promoters. They need to be sensitised that Nigerians don’t want GMOs and certainly do not want to be ambushed into eating what they do not want to eat. We have a right to choose what we eat. No one should have anything forced down his or her throat. There are other areas that modern biotechnology can focus on without having to tamper with our food systems in a process that would also introduce toxic chemicals that accompany their herbicide tolerant monocultures.