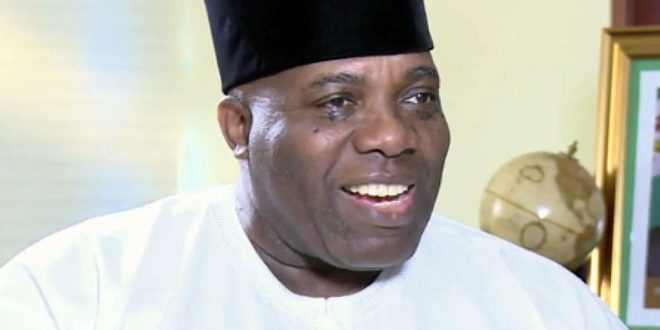 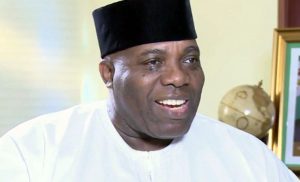 Doyin Okupe, Former Senior Special Assistant on Public Affairs to former President Goodluck Jonathan, on Wednesday said All Progressives Congress (APC), were in no way responsible for the failure of the Peoples Democratic Party’s (PDP) convention scheduled to hold on Wednesday in Portharcourt, Rivers State.

The police on Wednesday morning had sealed the Adokiye Amiesimaka Stadium, venue of the convention, thus preventing the event to hold, and the leadership of the PDP had to relocate to the PDP Secretariat in the state. The Police said they are enforcing the ruling of Federal High Court in Abuja which ordered PDP not to go ahead with the convention following a suit instituted by former acting chairman of the party, Ali Modu-Sheriff.

But in his reaction, Okupe said the failure of the convention is as a result of lack of internal conflict machinery of the PDP and cannot be blamed on APC.

“The failed PDP convention cannot and should not be blamed on our political adversaries. Rather the blame should rest squarely on the failure of internal conflict resolution machinery of the PDP, the surprising naivety and desperation of many to seize power and control the party, and the gullibility of majority of the followership, who have become entrenched in the cesspool of pervasive impunity of our leadership over the years.

The former presidential aide said it was commendable that the party’s National Executive Council (NEC) threw sentiments aside and extended the tenure of the Senator Ahmed Makarfi led caretaker commuter by one year and allowed for future expansion of the membership of the committee.

“The import of this is that the party has now officially jettisoned the “Microwave “strategy, hitherto, employed by the leadership, and allowed for ample time to address all issues. By allowing for new inclusions into the members of the caretaker committee, the leadership obviously has made room for possible reasonable negotiation with the Senator Amodu Sheriff ‘s group, which is inevitable and a political imperative, if the party must remain United.

He advised party members not to see the latest development as time for chanting of victory songs nor a season for political vendetta.
“This is time for seeking lasting and honest peace, time to rebuild from current ashes of flames of the inferno, of political opportunism, greed, selfishness and blatant brigandry and impunity.
“There may just be another chance to do it again especially now that our adversaries are burning their political access card,” he said.