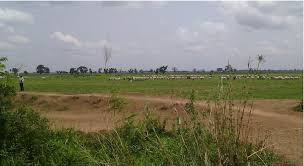 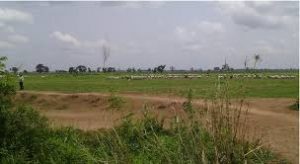 Lagos State Governor, Mr Akinwunmi Ambode on Monday fulfilled his pledge of making the menace of land grabbing in Lagos a thing of the past with the signing of the Lagos State Properties Protection Law.

Governor Ambode also signed the Lagos State Neighbourhood Safety Corps Law, a move which is majorly aimed at boosting security of lives and property in all the Local Government Areas and Local Council Development Areas of the State.

Speaking at the signing ceremony which was attended by the Lagos State Speaker, Rt. Hon. Mudashiru Obasa; the Chief Judge of the State, Justice Olufunmilayo Atilade and other top government functionaries, Governor Ambode said the laws were central to his administration’s focus of safeguarding the lives of all residents, as well as attracting, growing investments and improving the ease of doing business in the State.

“In addition to equipping our security agencies, we have now created a legal framework to put some form of communal protection in place to boost and support the great job the Nigeria Police is presently doing,” Governor Ambode said.

The Governor, who explained that the Neighbourhood Safety Corps would assist the police and other security agencies to maintain law and order across the communities, added that the Neighbourhood Safety Agency, which the new law established, would also be charged with the responsibility of registering all private home security and any other person employed for private home security amongst other things.

On the Properties Protection Law, Governor Ambode said the need for the law followed the fact that one of the issues that discouraged investors and hindered the ease of doing business in Lagos in the past had always been the menace of land grabbing.

He recalled that a lot of would-be property owners encountered untold harassment from exploitative land grabbers, adding that the law now marks the end of the road for such land grabbers.

“The Lagos State Properties Protection Law will give legal backing to the operations of our law enforcement officers. The main objective of this Law is to ensure that our investors, businessmen and the general populace carry on their legitimate land/property transactions without any hinderance or intimidation henceforth.

“The Properties Law will eliminate the activities of persons or corporate entities who use force and intimidation to dispossess or prevent any person or entity from acquiring legitimate interest and possession of property, ensure that the Special Task Force on Land-Grabbers work with all Security agencies to ensure enforcement of State Government and Private property rights in the State, and ensure proper coordination of the efforts of the various agencies of Government charged with enforcing the State Government’s rights over land in Lagos,” the Governor said.

Besides, Governor Ambode said the presence of the heads of the three arms of government – the Executive, Legislature and Judiciary, at the signing ceremony was a confirmation of the seriousness and resolve of government of Lagos State to address the issues once and for all.

While setting the tone for the signing ceremony earlier, the State’s Attorney General and Commissioner for Justice, Mr. Adeniji Kazeem said the laws marked demonstration of promise kept by the present administration, and recalled the donation of security equipment to security agencies on two occasions within six months, which had aided the police and other security agencies in reducing crime.

He added that the laws would go a long way in further providing the necessary legal, human and material support to security services in the discharge of their duties.

In his remarks, Speaker Obasa said the signing of the two laws confirmed that Lagos is being governed by a responsible Governor and a responsive government, adding that the move was also a clear and emphatic message to criminals that Lagos is a no go area for their criminal activities.

Also, Chairman of Ikeja branch of the Nigerian Bar Association (NBA), Mr. Dele Oloke commended Governor Ambode for taking the initiative on the laws, saying that the Properties Protection law would go a long way in curbing the illegal activities of land grabbers, otherwise known as Omo-Oniles and their sponsors, whom he said are sometimes respectable persons in the society.

Highlights of the Properties Protection Law include the reduction to barest minimum the activities of persons or corporate entities who use force and intimidation to dispossess or prevent any person or entity from acquiring legitimate interest and possession of property acquired through State Government or private transactions.