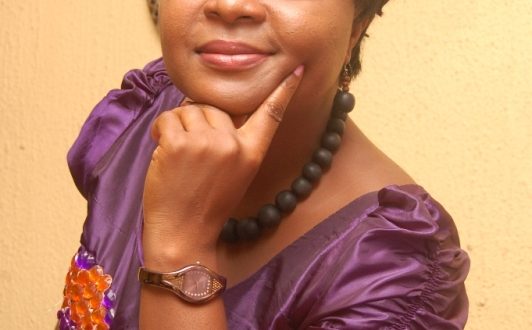 When Killer Herdsmen Visited my Family By Betty Abah

August 10, 2016 Comments Off on When Killer Herdsmen Visited my Family By Betty Abah 32 Views Nothing prepares you for that kind of news. Nothing. Bedlam upon bedlam. Heart-wrenching tears and rage simply greeted the modern day war brought to our homestead. To my own blood.

For several years now, I had joined the loud campaign railing against the slaughter of innocent lives by Fulani herdsmen- from Plateau, and louder still when the marauders moved their sceptre of genocidal dance to my home state of Benue, leaving in their wake hundreds of innocent dead, including women and suckling infants, especially earlier this year. Then Enugu, then elsewhere… I had no idea that my family or any of its members would be their next target.

Last Friday (August 5), my elder brother, Obekpa James Onuh, same-father-same-mother as we put it in Nigeria, was macheted by two Fulani herdmen during his visit to our village, Orokam in Benue State. He was riding on a motor bike and going on a visit to a cousin in a nearby village around Adupi, and was just leaving our village Ukalegwu, when two men he identified as middle-aged, gangling Fulani men (near one of their camps in the village), attacked him on the lonely path, one with a big stick, felled him from his bike and the other with a sharp machete, proceeded to hack at his neck as he lay struggling on the ground. He fended off several blows with his left hand and sustained deep cuts to his arm. But before he could make an escape to a nearby house, the machete man gave him a big blow to his forehead. How he managed to run to a nearby house, how he survived the profuse bleeding especially from several severed veins in his arm in a rickety village health centre till the next day and has held on to life in a hospital in Otukpo where he lives, has remained a miracle to us.

So, compatriots, so this is it (deep breath): we are no longer safe even in our ancestral homeland. Place of our peaceful childhood visits, play grounds, farmlands, innocent mischiefs and sacred land of our ancestors around which we have jealously nursed so many sweet reminiscences and visited from time to time. Fulani cattle rearers have set up camps all across our small village after being sent away from the nearby Okpoga village after a series of murder and rape cases followed by incessant clash with locals. But my village as I know it since childhood, is a sedate, lack-back land with locals who greet you quietly and smile from ear to ear. A poor, agrarian community sandwiched between Enugu and Kogi State and claimed by Benue, cocooned by a million and one palm trees, perennially short-changed by pot-bellied politicians and long forgotten by government, yet no one wants trouble.

But life sometimes is unfair, so, true to type, the herdsmen, on arrival, came with their baggage of trouble. Besides annexing ancestral lands with the connivance of a local chief, farmlands have been ravaged by their cows, our women have been raped and locals fear the Agatu ‘treatment’ (massacre) may befall them, so they hardly say ‘pim’. I now learnt some murders have occurred but many bury their unfortunate dead in silence, not wanting further trouble, until in recent times when the cattle rearers and the criminal elements among them appeared to have upped their murderous game, become emboldened and clearly stretched their hands beyond the tolerant limits of the fragile elbow.. But clearly, no one knows what next to expect. Scary.

My brother’s case was obviously not a robbery incidence: nothing was taken from him. The bike which belonged to the wife of another cousin, was found the next day at the spot. It is a criminal gang bent on unleashing terror for reasons that absolutely beggars belief, leaving with you with several puzzles.

The security agencies? They are basically looking the other way. Though the case was reported at the local police post, no arrests have been made so far. I hear they are scared of President Buhari’s ‘body language’ and don’t want to hurt the trouble makers.

Dear compatriots, why are herdsmen allowed to bear arms (including AK-47, automatic rifles in day light) and in clear violation of the laws of the land and after so many cases of murder of their hosts across the country? I hear the security forces who should enforce the law are scared of Buhari’s body language.

Why has no one been arrested, tried and brought to book over the series of carnages across the country at least in the last one year? I hear everyone is scared of Buhari’s body language.

Why has the Presidency yet to issue a strong word of condemnation against these herdsmen for the heinous crime against humanity they commit across Nigeria? Buhari’s Body language, they say.

Why does the presidency choose to be silent in the face of most of these attacks that have left hundreds dead in their wake in some instances but would offer profuse tear-soaked condolences to other countries after terrorist attacks on their citizens? Body language.

Why has the president, in a rare display of favourtitism, ordered the Minister of Agriculture to go to governors, asking that ancestral lands be annexed to cattle rearers, when fellow Nigerians who are involved in similar private businesses like chicken, pigs, goats and rabbits rearing are not extended same privilege (meanwhile a bill on Grazing Rights that would also set aside special fund for the Grazing reserves sits majestically in the National Assembly waiting to be passed to give legitimacy to it all)?

Why is the Federal Capital Territory, Abuja, seat of Federal Government now being besieged by herds and herds of cows eating away at flowers and ornamental plants, disrupting traffics, threatening commuters’ safety and messing up every corner with their ‘expensive shit’ while all the enforcement agencies headquartered in the same city look shyly away? The same city which chased away hawkers and okada riders to enforce and ensure the sanity deserving of capital cities? I hear everyone is afraid of Buhari’s body language and wouldn’t touch the sacred cows.

I believe that President Buhari would be doing himself a lot of good, now and in the ever-hovering face of Posterity, to rein in the cattle rearers and dispel these dangerous rumours and perceptions making round.
I choose not to believe that he personally orchestrated this new trend of herdsmen’s madness to murder at will, to lay siege on communities, to hold the entire country hostage.

He must put in every effort to dispel the general perception around his discriminatory treatment of his Fulani cattle rearer-kinsmen, run Nigeria like the secular, multi-ethnic state that it is. He must act, and must be seen to be president of ALL NIGERIA and not just of his Fulani rearer-kinsmen, or of the North alone.

These extremities, these impunities are eating away quietly and steadily at the very fabrics that hold us together as a nation. An eventual conflagration would do no one, including Buhari himself, any good.

The security of my peace-loving and soft-spoken teacher brother and indeed EVERY NIGERIAN is government’s preeminent duty as enshrined in our Constitution. It must be upheld. Nigerians and Nigeria must be safe!

The governor of Benue and indeed of all the governors have a duty to protect their citizens. Random condolence visits and endless donation of relief materials are not enough. These are avoidable human disasters, avoidable deaths. The world is watching this silly and souless spectacle unfolding in Nigeria. Some of us may be canvassing for non-violent solutions but can’t say of the same for our restless youths who witness this carnage all the time. There is certainly a limit to all forms of provocation. All lives are precious, much more than cows.

I thank God for my brother’s survival. We have fears if he would ever be able to make full use of his left arm considering the level of injury but at least he is alive with us. If we his siblings and our parents are still in this deep shock, I can’t even imagine those who lost entire families in Agatu and several other communities across Benue, Enugu, Plateau, Adamawa and in several other states visited by these crazy fellows and in such gruesome and unprovoked manners.

Abah is a citizen journalist and activist.