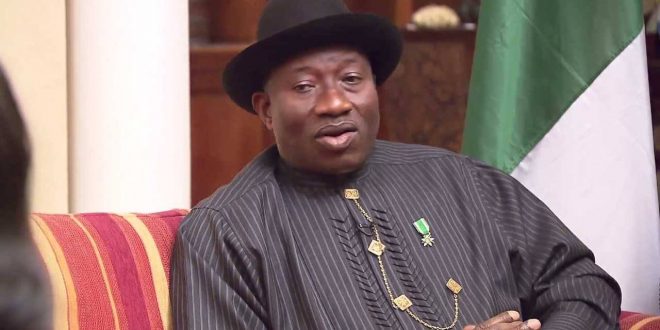 August 10, 2016 Comments Off on Jomo Gbomo To Jonathan: Your Failure Created MEND 65 Views 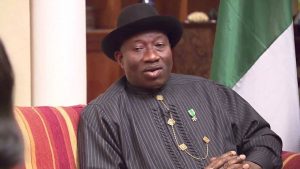 The group in a statement signed by one Jomo Gbomo claimed that former President Goodluck Jonathan is the grand patron of new militant group , the Niger Delta Avenger which the ex-president has since denied.

2. With all due respect, the entire statement was deeply provocative and embarrassingly misconceived as it woefully failed to address the core the issue of whether or not; the former President was indeed, the Grand Patron of the NDA.

3. Rather, the statement employed diversionary Tactics which dwelt extensively on sour grapes! Any follower of events in Nigeria and the Niger Delta who was privileged to read the statement released by Mr. Jonathan would immediately observe that the former President had a score to settle with the Okah brothers as well as with MEND who have since May 30, 2014, stopped attacks on Nigeria’s oil and gas assets; and are currently engaged in dialogue with the Federal Government to find sustainable ways and means of ending the festering Niger Delta crises which were exacerbated by the former President’s ineptitude, incompetence and corruption during the 6years he governed the country.

4. Indeed, the problem in the Niger Delta today has nothing to do with the current Administration of President Muhammadu Buhari. Far from it! The problem is simply, the failure
of Mr. Jonathan to address the root issues confronting the region when he was at the helm. Even though he was from the impoverished region; and had, by his own admission in numerous electioneering campaigns, experienced the utter poverty and abject neglect of the region foisted by successive Nigerian Governments and the International Oil Companies since the discovery of oil in 1958 at Oloibiri (a few meters away from his native Otuoke) in Bayelsa state, Mr. Jonathan disappointingly frittered away the opportunity to rescue his people when the Nigerian Presidency fortuitously landed on his laps, virtually on a platter of gold. For 6 whole years, Mr. Jonathan was busy drinking, making merry and generally chasing shadows at the State
House. Such a fellow deserves to be ostracized from the assembly of reasonable men; because the Nigerian Presidency might never comeback to the Niger Delta region as cheap as it came to Mr. Jonathan; perhaps, in the next 100 years.

5. Lest we forget, MEND was at the forefront of the armed struggle back in 2006/2007 which forced the then Government of President Olusegun Obasanjo to consider the option of drafting an Ijaw into the mainstream of Nigerian politics. That was how the perpetually timid and naïve Dr. Goodluck Ebele Jonathan became Vice President and later, President of the Federal Republic of Nigeria. When he assumed the reins as President, he did the unthinkable; he tracked down perceived MENDleaders and promptly got them imprisoned on a trumped-up charge of attempt to assassinate him. Up until today, Mr. Jonathan is still suffering from an assassination paranoia complex (APC).

6. Secondly, a substantial portion of Mr. Jonathan’s statement, unfortunately, dwelt on judicial matters which are pending in various courts in Nigeria and South Africa. For instance ,Mr. Henry Okah’s Appeal in South Africa’s Supreme Court is due for Hearing this August; while his brother, Charles’ ongoing trial in Nigeria is pending before Hon. Justice Gabriel Kolawole of the Federal High Court in Abuja.

7. The former President’s statement was therefore, most highly contemptuous, injurious to the credit of MEND and the Okah brothers; and, above all, prejudicial to the eventual outcome of the ongoing trials in South African and Nigerian courts, respectively. Consequently, both brothers shall, on account of the former President’s prejudicial statement, institute legal action against him in South Africa and Nigeria within 60 days, commencing from today, August 9, 2016. Accordingly, they have briefed their respective Solicitors to formally engage the former President in litigation.

8. Back to the core issue. MEND cannot hold brief for the RNDA who pointedly accused Mr. Jonathan of complicity in fueling the ongoing Niger Delta crisis ;and patronizing the NDA, apparently for political reasons. We are however ,quick to point out the fact that, the RNDA has merely vindicated MEND’s belief and conviction that, the former President and his cronies who lost the 2015 Presidential election were using the illegal and treasonable NDA platform to destabilize President Buhari’s Government.

9. Finally, MEND is committed to working with the
current Administration to bring peace, stability and development to the Niger Delta region. The process has since commenced with the constitution of the FEDERAL GOVERNMENT-MEND AARON TEAM 2, Dialogue, Peace and Development Initiative. Between August 22, 2016 and October 7, 2016 the AaronTeam shall embark on a tour of the Niger Delta region. The proposed tour is code-named “OPERATION MOSES.” The key focus of the tour is to persuade militants to ceasefire and support President Muhammadu Buhari in his determined and sincere effort to
develop the region. The tour shall also help to boost Nigeria’s oil production capacity as well as improve host community relations
with oil and gas companies in the country.